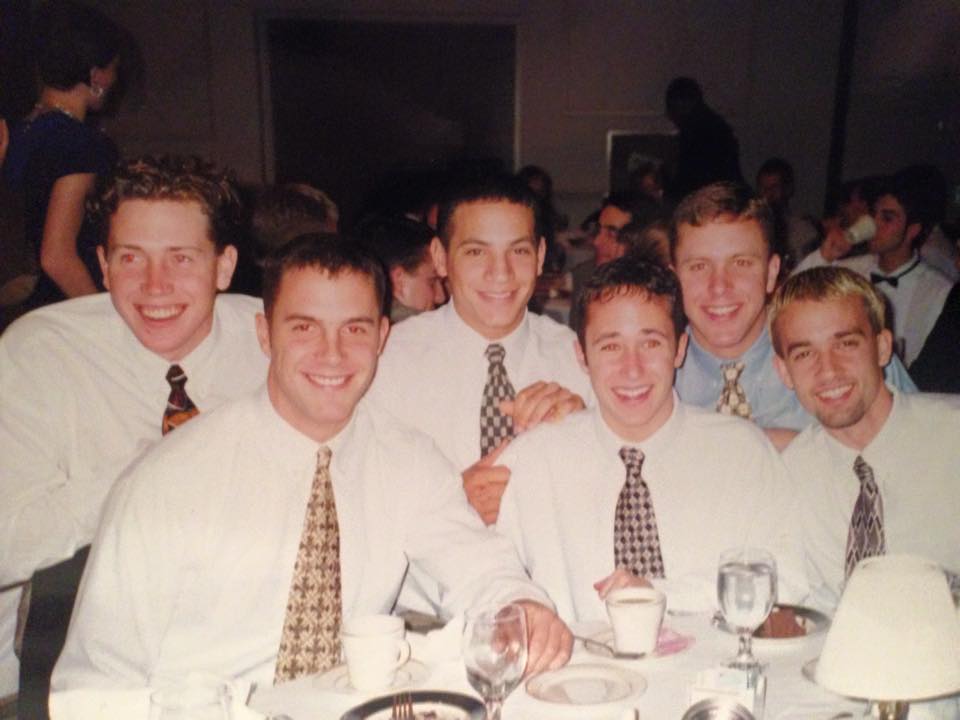 I played on the soccer team at Messiah and it was one of the greatest joys and disappointments of my life. On one particular Saturday in October, 1997, we were slated to play our arch nemesis. Campus was alive and plans were made and friends prepared to travel to the away game.

More importantly, after the game, I had a date.

A real, live date with a beautiful girl named Maile Silva, a girl who I had five classes with that fall. We both loved Modern American Lit and Counting Crows and Li-Young Lee. She was a dream, to be honest, and those blue eyes. Those blue eyes. She was so sincere, so earnest. So beautiful. Did I mention that?

Twenty years ago this month, Maile and I went on our first date. I raced out of the locker room when we returned from the away game, and I jogged, breathless, to my friend Karen’s apartment to pick up her keys so that I could borrow her white Honda (Civic, I think?) and take this girl Maile on our first date. Later, Maile would tell me she was horribly ill all day and almost called it off. If she would have, would I have asked her out again? Who knows. Who knows the twisting road we all will travel, where it leads, where it dead-ends, where we are left without it and must plow our own way through.

We saw the movie Gattaca. I remember the thrill of holding her hand, our fingers slowly touching. I remember, a few weeks later, kissing her under the lamp light at the side door of the Miller/Hess dorm, her friends giggling and watching us through the window three floors above.

This Saturday, we’re taking our six kids back to Messiah for homecoming where I’ll be selling copies of The Day the Angels Fell. I can’t wait to show them our favorite spots (although I don’t want to play the college up too much, because there’s no way we could afford the tuition these days).

Would the 20-year-old me even believe it if someone told him what his life would be like when he was 40? Six kids? Married for 18 years? Making a living as a writer? A novel published? Not making much money at all? A friend of Muslims? Driving around strangers to make extra cash? Traveled to Istanbul and Sri Lanka and Iraq and lived in England?

Where were you 20 years ago? What about your present self would surprise you the most?