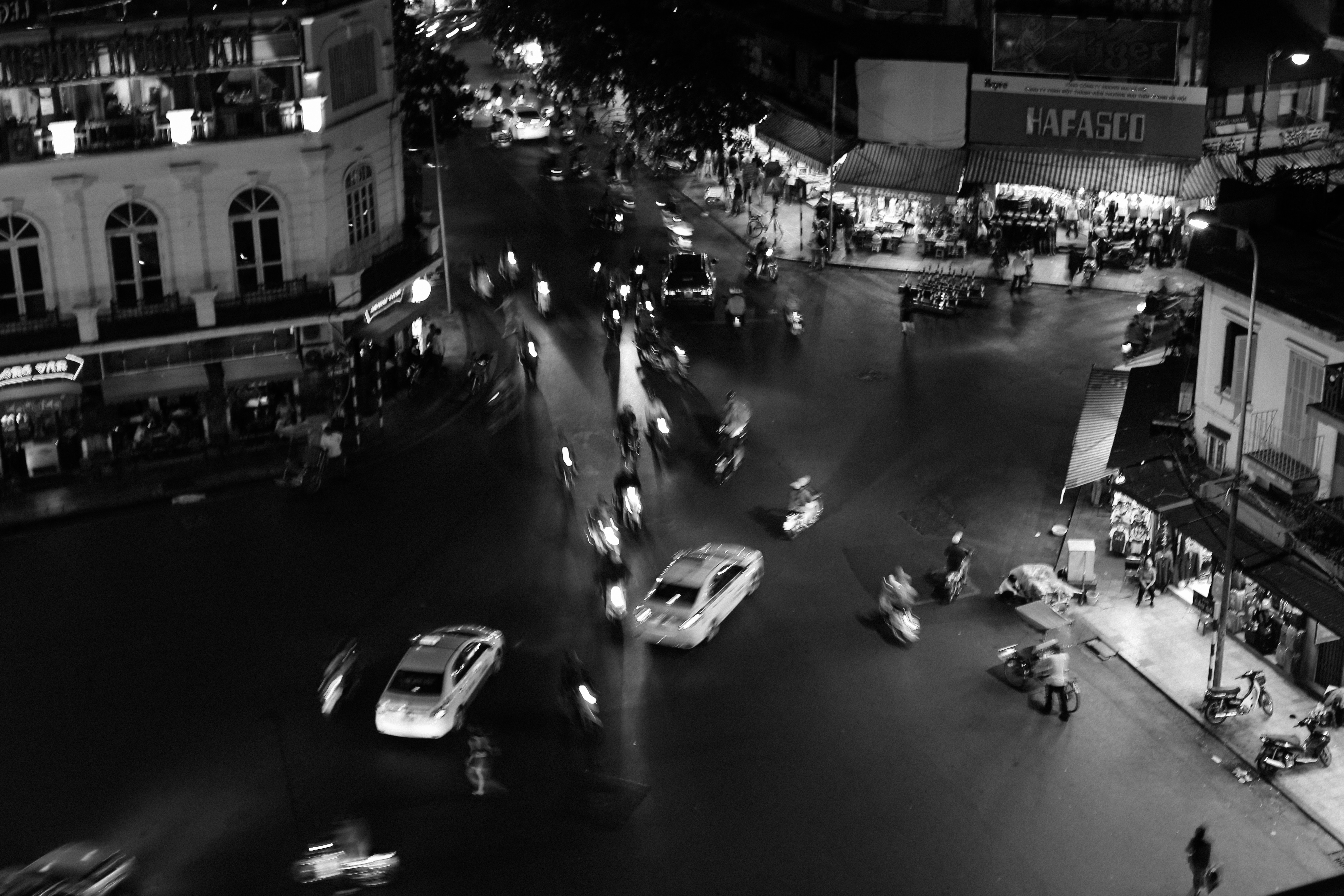 I pull up outside the motel and there is a couple waiting by the sliding reception doors. She is white, middle-aged, blue-collar. He is black with a frizzy, gray beard and sad eyes. As I pull to a stop, they say good-bye to each other and then he walks around to get in the back seat on the passenger side.

He sat down quietly and I started driving away. I asked a few introductory questions, as I always do, trying to figure out if he wanted to talk or not. Conversation is part of the service, or at least that’s how I see it, so if someone wants to talk, I’m there for it. How’s it going? Nice day, isn’t it? What are you up to today?

He was talkative. They had just bought a house and were getting ready to move in but were staying at the motel in the meantime. He worked at a beer store in the city. He’d never done that kind of work before, but somehow he made a good impression on the owners, so the guy trained him. He went on and on about the different types of beer, clearly an expert. I asked him if he had a recommendation, although I don’t often drink. This sent him on an entirely new rabbit trail, and it was fun, because he loved talking about what he knew–most people do.

I asked him if he grew up in the area, and he said he went to a high school in Harrisburg. I recognized the name.

“They have a good football team, don’t they?”

“Did you play?” I asked him. And he grinned, a big, wide grin full of pearly-white teeth.

“Oh, yeah,” he said again. “Wide receiver and safety. I wasn’t the biggest guy out there, but I was fast.” And he laughed, and I realized he was younger than I first thought, maybe even my age, or close to it. For a moment I could see him, a spindly high school kid, darting around under the Friday night lights, knocking someone down or catching a ball and running like a jack rabbit. How these years get away from us.

I really liked him. In that moment, driving into the city on a warm, February day, I wanted to hang out with this guy. We pulled over, and he was profuse in his thanks. I told him I’d try to come by and see him some time. He climbed out of the car, and there was a co-worker of his standing on the sidewalk, smoking. The banged fists together, and I could see them chatting as I drove away.

As of Sunday night, you can still get the Kindle version of my novel The Day the Angels Fell for only $4.47, so buy yourself a digital copy and tell your friends! Thanks so much. I couldn’t make a living as a writer without your support.