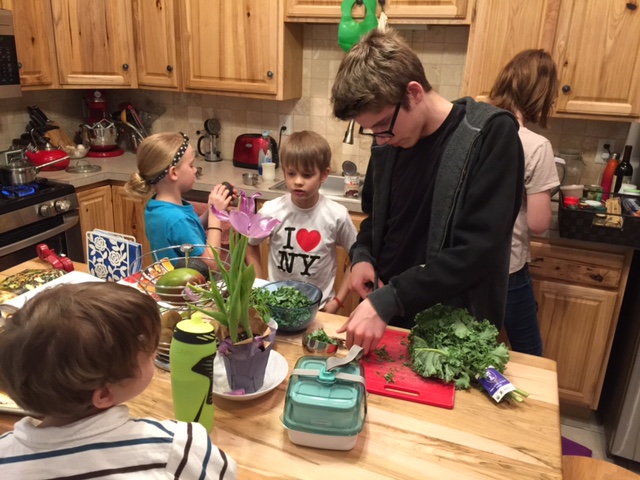 “I thought Mom went to college to be a Mom,” Sammy said, and he was completely serious, and we all paused for a moment before laughing hysterically, and therein surfaced one of this family’s major problems, from beginning to end, stated in ten simple words.

Once upon a time two English majors, both writers, fell in love and got married and lived a quiet life in Florida where they spent entire Saturdays reading on the couch and finding their way as a newly-married couple and traveling up and down the East Coast. These were simple times, though they did not realize it. For two years they had their little routines which included milkshakes every night over Scrabble, and lots of sex, and counting their pennies, and, when a few extra dollars came in, going out to eat at the Outback Steakhouse around the corner. And afterwards feeling guilty because who had $30 extra to spend on steak and cheese fries? Not them.

For two years. Such a simple life.

Then the crazy took over, and a kind of eternal crisis mode set in, and at first it was crisis mode set into the mold of an exciting move to England and young children and a business that devoured days and then Virginia with four children and good friends and a business that devoured days and then it was the kind of crisis mode that arises out of huge debt and disappointment and struggling to keep heads above water, the kind of crisis mode where everyone does what they have to do to keep the house together and moving and bills paid, etcetera, etcetera, etcetera.

What started as an exciting overseas move led to fifteen years of discombobulation and searching for direction and falling into a life that worked. For me, anyway. It was a life that worked because I was lucky enough to stumble into a way of making a living that I loved: writing.

It’s a life that has worked for me.

And somewhere along the way, Maile lost herself.

I came back from a work trip and I can’t remember if it was when I came back from Istanbul or Iraq or Nashville or maybe all of them but there we stood beside the bed and Maile told me she was flat-out gone, flat-out not someone she recognized anymore. She was nearing forty and didn’t know who the person in the mirror had become or where the last fifteen years of her life had gone or if she’d ever be able to find herself again, the self she loved. The self who wrote beautiful words and stories, the self she had been at eight years old writing in lined journals.

Those are hard conversations to have. Those are long nights. Can two humans ever not fail each other? Is this what it means to be unequally yoked, one going one way, the other going the other?

Can two people find their way after so many years of wandering? Both of them?

We are trying to make time.

No. Scratch that. We are making time.

Tuesday night from 4 to 6 was the first time, and the children chose to make Caribbean Pineapple Quinoa and they did an amazing job and I played video games with them for an hour before that because that’s what happens when I’m in charge. And a little before 6, Maile came down and we ate dinner together that the children had made and behold, it was good!

We had a long conversation with them about how in a family it’s important that everyone gets to follow their dreams and it’s important that we care for each other in this way, that we tend gently and faithfully to the fire that each of us carries, because this is the kind of caring that families have to do for one another. Often, no one else will do it.

This is when I told them that their mother loved to write stories, always had since she was their age, and that we hadn’t done a good job helping her find time to do this but that was about to change. Abra volunteered to make dinner every night. I said that was generous. “Well,” she said, “maybe not every night,” and we laughed and said we will see. This is when I told them their mother and I both studied English in college, and this is when Sammy said, “I thought Mom went to college to be a Mom.”

In that one sentence, I realized by how much I had missed the mark. A crisis mode that set in a decade ago, the mode in which we tried to survive by doing what we had to do, the mode in which I wrote for a living and Maile held everything else together, had slipped into our daily lives, and our months, and our years, and it had become our way of life, and it is my fault that we never came up out of that.