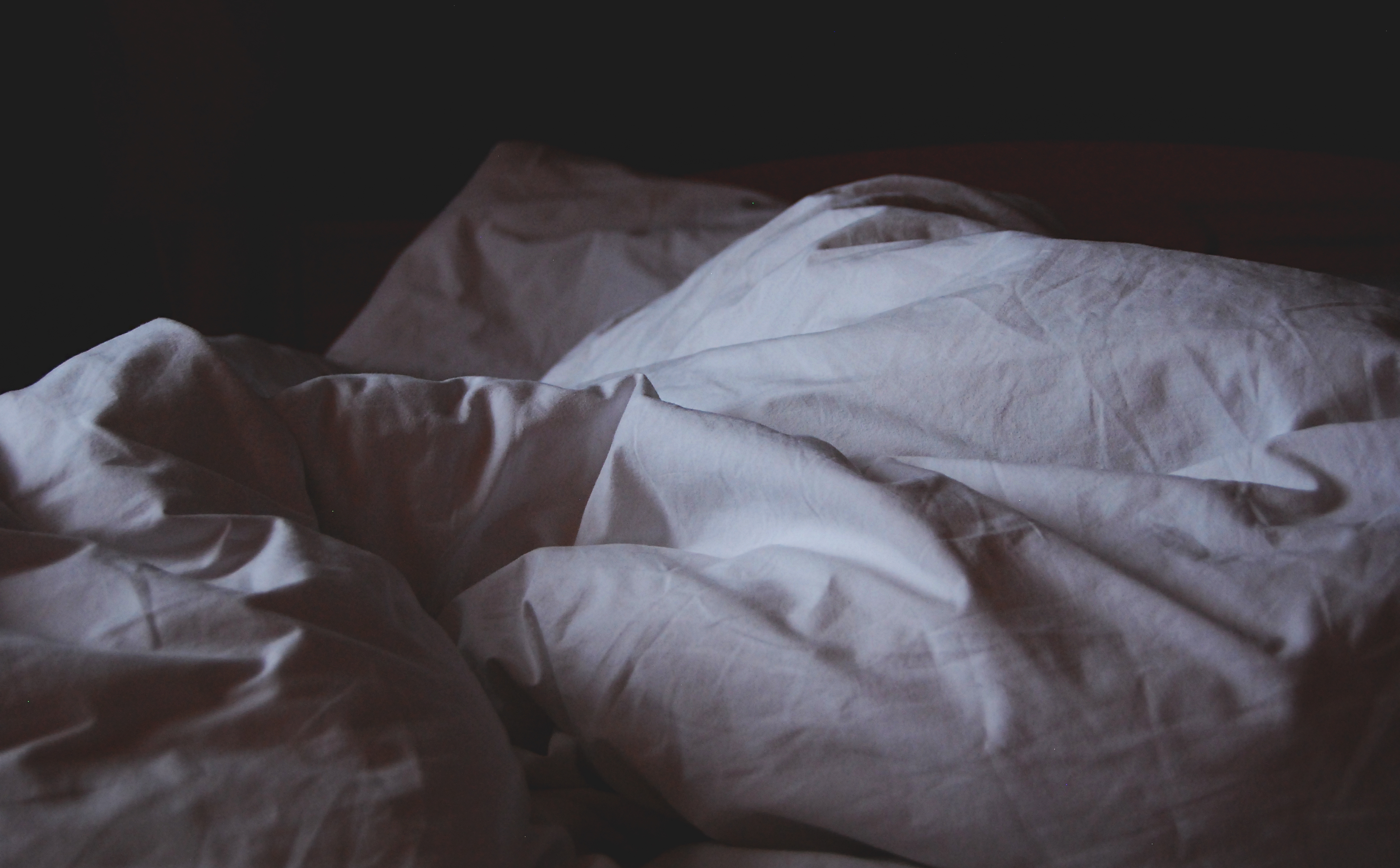 Two or three nights a month, I’ll wake up at an ungodly hour and see blue lights flashing against our white window blinds, a rhythmic beating, like the inside of a vein, or a party light. But, because it’s happened so many times before, I know it’s none of those things. It’s just the police.

A few weeks ago the lights got my attention at three in the morning and I looked out to find a car had crashed and ended up directly under a parked car – as in, there were two cars, and one was parked on top of the other car. Last summer I woke up and looked out to find five or six police officers holding a man down on the sidewalk while his girlfriend shouted at them from down the street, warning them that she was recording everything on her phone. Another time, I woke up to find police breaking up a domestic dispute that had made its way out onto the sidewalk.

This is life in the city. You think you have your own house, but what you don’t realize until you live in a city is that your house is more like your bedroom – you share a living room and foyer (the sidewalk and street) with 70,000 other people.

This happened again on Sunday night. I turned over in bed, noticed the blue flashing, and stumbled over to the window. I lifted one of the slats and peered through. A police officer sat parked in the street, his lights making the lazy turn after turn after turn. Another police car was on the opposite side of the street, lights off. Besides that, nothing.

Streets in our city are eerily quiet at night. It’s strange when you think about how many people are all around you, yet there is no one on the road. The yellow street light across from us shines down on nothing. At 3am, no one even drives by.

But another car did pull up, and this one was a hearse. It stopped behind the police car, and two men got out, dressed in suits and bow ties, and the first thing I thought was, “How in the world can people do that night after night? Show up at a stranger’s house at their most vulnerable moment and carry their dead out the door?” I thought of my friend Caleb, who does this for a living. He’s my hero.

I wondered who had died. I’ve got a friend who lives over there, or at least a guy I stop and talk to from time to time. He’s an older, African-American gentleman with kidney disease. He’s on dialysis twice a week and waiting for a kidney transplant. Was it him? It also happens to be the apartment where the mother lives, the same one Maile confronted the other day after she hit her little daughter over the head. Heaven forbid…not the little girl? There are only three apartments in that row home.

So I sat in the chair and I waited and time oozed past. One of the police officers left. A fire truck came, four burly men went inside, and then they came back out again. The fire truck left.

Maile got out of bed and came over, stood beside me. It was like we were keeping vigil. Neither of us said a word for a very long time. Finally I turned to her.

“Do you want to sit down?” She shook her head no. We continued waiting.

One of the funeral directors came out and moved the hearse into an alley before unloading a stretcher and taking it up onto the porch. It was a heavy moment, a strange moment, sitting there, waiting for the dead to come out. Still, we waited. I wondered if other people watched from other windows, wondering who death had come for on that Sunday night.

They were a long time in the house. Eventually, I turned to Maile, barely able to keep my eyes open any longer. “I’m going back to bed,” I said. She nodded, sat down in my chair after I crawled into bed. Every so often I would doze off, then wake up again. I’d look over and see her sitting there, holding up one slat of the blinds, peering down, waiting. The street lights made pale, golden lines stretch across her body. Besides that, the darkness was all around us.

She woke me up. I have no idea how long this all took.

“They brought him out,” she said, and I went back beside her at the window. And there he was. Or she was. Lying there on the stretcher under a sheet, the topography of a person. I wondered what that person had been doing a few hours earlier. Sleeping? Watching late-night television? Making love? Dreaming? Had they been in pain or absolutely clueless? If they had known death was coming, would they have been relieved or terrified?

What would I think, if I knew death was coming for me? Would anyone recognize me, lying there under the sheet?

I sighed. We couldn’t tell who it was. The body seemed tall, long and lanky, and didn’t seem to match the physical description of anyone we would have recognized from our street, but who knows. Who knows what any of us will look like under a sheet. And we both went back to bed.

I woke up this morning, wondering lots of things, more aware than ever of the fact that it will be me someday, under the sheet. And then all this will be over, and what will I be left with? It’s a strange thing, seeing someone being carried from their home. It’ll make you stop and think.

One Reply to “Someone Died on Our Street”