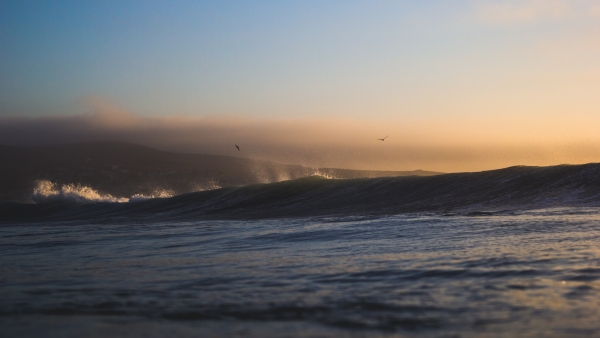 My son sat in the passenger’s seat as I drove our truck into one of the poorer sections of our city. We pulled a small trailer behind the truck, and it was loaded down with three dressers, an end table, a dining room table, and a few other odds and ends. Two old African-American women sat on their porch and stared at us as we drove past. One young man used a leaf blower to clear the sidewalks. Other than that, the street was empty. Other than the leaf blower, the street was silent.

We pulled to the side and looked for my friend Melissa. She was meeting us there, introducing us to a Ugandan family, recent refugees to the United States. They had lived in a refugee camp in Africa for seven years before making the trip to the southern end of the city of Lancaster. Seven years. Three of the children had been born in the camp and knew nothing of the world beside temporary lodging, prepackaged food. There are ten of them now sharing the house.

We are new to them. This place is new to them. They don’t completely understand the way we live. When Melissa first joined a team of people from CWS to help this family with their transition, she soon learned they were taking their clean clothes from the dryer and sorting them into garbage bags. They didn’t get the concept of folding, of putting clothes away neatly until it was time to wear them.

When Cade and I got there, the father greeted us, though he could speak little English. The son, 24 years old, grinned and nodded and grinned and nodded and spoke occasionally. When he saw the largest chest of drawers, he insisted we take it up to his room. All the way on the third floor. Up two very narrow, very steep staircases.

We fought that piece of furniture, he and I, and eventually it submitted. We wrestled it to the top of the house, he and I against it and gravity, and when we finally had it in place, the look on his face made it all worth while.

“Thank you,” he said, his dark eyes shining. “Thank you.” He nodded his head up and down, up and down, and there was something of the miraculous in the whole situation. Strangers had arrived out of nowhere and given him this fabulous gift. He stared at that dresser the way a typical American 20-something would stare at a new car. It was another piece to the puzzle of his life in the United States.

I tell this story today because I have had the chance to begin to meet the refugees who have chosen Lancaster as their home. They are hardworking people. They do not require much. Their houses are cleaner than most. They are happy. They are good neighbors.

Why do I feel I must justify our willingness to let them into the country?

It is, after all, the logical thing to do. And our professional pundits, our aspiring politicians, they all agree. They are, after all, peddling fear. They always are. Unfortunately, we are usually buying.

“I’m putting people on notice that are coming here from Syria as part of this mass migration, that if I win, they’re going back,” said Donald Trump.

Protecting ourselves, protecting our best interests, that’s the logical thing to do. Even if it means turning away people with legitimate needs.

But it’s not the Christian thing to do.

There is no fear in love; but perfect love casts out fear, because fear involves punishment, and the one who fears is not perfected in love. We love, because He first loved us…”  1 John 4:18-19

“You have heard that it was said, ‘You shall love your neighbor and hate your enemy.’But I say to you, love your enemies and pray for those who persecute you, so that you may be sons of your Father who is in heaven.” Matthew 5:43-45

It’s a Kingdom that doesn’t make any sense.

My life is fine as it is, thank you very much.

All I want is to be left alone.

They should sort out their own country instead of coming here.

It would make perfect sense to turn inward. But it doesn’t make Kingdom sense.

The Kingdom of God insists, “Love your enemies!”

The Kingdom of God implores, “Love others because God first loved you!”

This upside-down Kingdom shouts, “Get out of the boat and walk to me on the water!”

Can we do that? Can we leave our safe places of security? Our comfortable places? Can we stand on the moving waves of these terror-filled days and somehow maintain compassionate hearts?

Can the power of love somehow manage to overwhelm our fear?