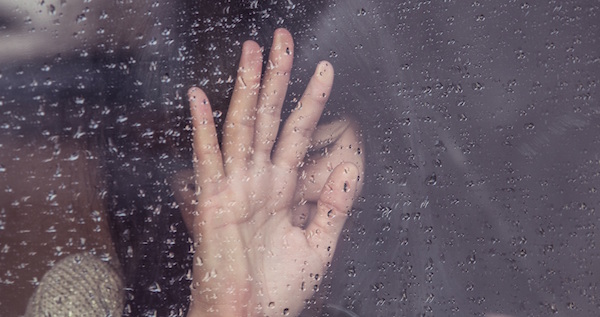 “We can change your name, if you’d like,” I said as we sat down at a small picnic table in Long’s Park. “Would that make it easier for you?”

The Muslim woman across from us wore a red, patterned headscarf and her clothes were covered in a long black robe. She glanced up when I spoke, then away. Her hands came together on the table, mostly still but sometimes moving, resettling, beginning again.

She nodded, her dark eyes flickering between me, Maile, and the table.

“Are there any women’s names from your country that you’d like me to use?” I asked her.

She smiled at the thought of renaming herself.

“Please change my name,” she said. “I like the name Miriam.”

“Okay, Miriam,” I said, and we all laughed quiet laughs at how quickly one can become someone else. “How old are you?”

That, of course, is not true. We changed details as we went. Everything she told us, everything in this story? It all happened. But there are little things about her that must not be repeated. It would be too dangerous for the family she was forced to leave behind.

“Can you tell us what it was like for you when you were a child?” I asked.

In the beginning, when I was just a kid in school, we had a writing class and my Arabic teacher told me I had something special when I would write. I wrote topical papers, and the teachers encouraged me to continue with my writing. From a very young age, I felt something special whenever I was writing.

I started writing plays and acted in them at my school. My friends and I did that. In high school I started writing articles about social issues, things like free speech and women’s rights. In my last year in high school I was the main character in a play about the history of my country. I still smile when I think about that time.

After that I started writing and publishing short newspaper articles. I wrote a lot about the female teenagers, what their life was like, what their life should be like. That’s when the problems began for me, because people told me I shouldn’t write about human rights, especially for women.

“We don’t want our daughters thinking about these things,” they said.

They were not open minded. After that, some people began talking to my boss at the paper and he stopped paying me to write articles. I was around 19 years old at that time.

Finally, they sent me home and told me not to go to work anymore. The government had changed, but I shouldn’t talk about that. Anyone who wrote about human rights, and especially women’s rights, was in danger. I was afraid to go outside. I stopped writing, because…actually, I don’t want to speak about that, either.

She nodded. She took a deep breath.

“Can you tell me about your family?” I asked.

By this time I was married with a family, and I was pregnant. I had also started writing again. I thought of my children when I wrote these things. I wondered what my country would be like when they grew up. We didn’t want the bad government and the darkness. But when we participated in a local rally, they came to my house. They beat my family. I tried to stop them. One of them kicked me in my back and knocked me to the floor. They pushed one of my children to the ground. My child was bleeding.

After they left, I was so scared. My child’s eye was bloody on the inside, but she would recover. My husband took me to see a doctor and he said the baby was no longer alive. The baby inside of me was dead.

They wouldn’t let me go to a normal hospital because the government didn’t want paperwork to show what had happened, so I went to a secret doctor and no one spoke to me. He performed the necessary surgery. I was three months pregnant when the baby inside of me died. I was very depressed after that.

Silence. The wind in the trees.

A car drove behind us through the parking lot, its wheels crushing the dead autumn leaves. Miriam’s hands came together and she stared at them. When she spoke again, her voice was quiet and on the edge of breaking.

It took me a long time to get pregnant again because I was so depressed. I told my husband that I wanted to start writing again about human rights because that was something that I loved to do. It was the only thing I cared about besides my family. About two years after I lost the baby, I started writing again. I used a fake name because I didn’t want anyone to know who was writing.

But the problem with that was that someone began stealing my articles and saying they were their own! And I couldn’t step up and say they were mine, because I didn’t want anyone to know it was actually me who was writing them. It was terrible. I felt so hopeless.

My husband and I sometimes argued at that time because he didn’t want me to be in danger, but I liked to write about these things. I continued to write about freedom of opinion, freedom of speech. I wrote about women having the right to say what they want, to go where they want to go. I wrote about the problems we had crossing the border, because of our own government, and the difficulty that sick people had in going out to get treatment. We didn’t have reliable electricity, no food, no gas, and not much water. The government didn’t care about the people, and I wrote about these things.

My husband encouraged me to collect money from our friends so that we could publish the book ourselves, so that’s what we did. Even though he was frightened for me, he could see how much it meant to me. After I had the book in hand I was so proud of it and I went around to the book stores in the city and asked if they would carry it. None of the bookstores would take it because of what it was about. Actually, a few of them took it but they hid it in the back, and if people asked about it they usually said they’d never heard of the book.

I published another book after that in a neighboring country because I wanted my voice to be heard outside of my homeland. I asked a friend of mine who was coming from that country to bring copies of the book so that I could see it, so that I could hold it in my hands, but at the border the books were taken from him. The border guards asked him if he knew me.

“No,” he insisted, “I don’t know her. I was just bringing the books in for friends. I thought they might like it. I don’t even know what it’s about!”

They didn’t give him back the books.

She laughed out loud at the thought of that scene, her friend insisting he didn’t know her because association with her had become too dangerous.

“He said he didn’t know me,” she said, laughing again, shaking her head. She sighed.

“I cried, then, when I couldn’t even hold the book that I had written,” she said. “But now I have to laugh. There are many things like that. Things I used to cry about that now make me smile. Sometimes you just have to laugh.”

I was arrested and beaten after that. I do not want to talk about it.

After that I was very sick from the beatings. I was also very depressed. My husband begged me to stop writing. I said I wouldn’t stop writing, that it was too important to me. My husband became angry with me, and I understand him for feeling this way.

“Miriam,” my husband said, “it’s too dangerous for you to stay here. Please go visit the people you know in America. Just for a little while.”

Even now it’s very hard for me to talk about this. What kind of a mother leaves her children?

To read the second and final part of Miriam’s story, go HERE.

Church World Service helps refugees like Miriam with many things. Relocation, integration into society, finding employment and housing, and covering the legal fees to apply for asylum, immigration, and green cards.

In fact, CWS legally represented Miriam pro bono because she had no money to pay an attorney. Asylum applicants who have a lawyer representing them have a 70% success rate; those who do not have representation experience only a 17% success rate. Without CWS, it’s likely Miriam would have had to return.

Here’s how you can help:

*I am not an employee of CWS and any political or religious views expressed by me or the refugees I speak with do not necessarily reflect the views of CWS or its employees.