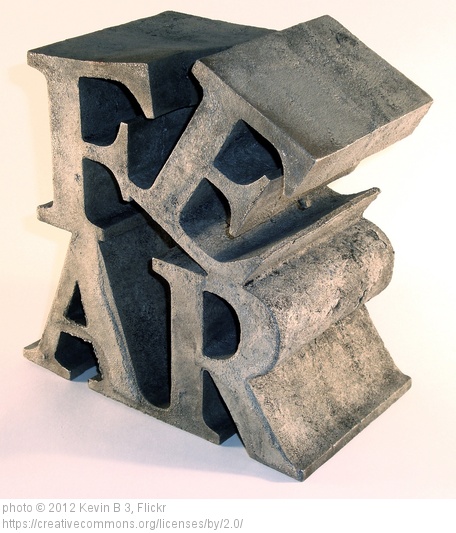 I shared my greatest fear here at the blog the other day (the one about publishing my fiction, not the one about staring down another two years of dirty diapers). I’ve spent a lot of time thinking through what it is about that particular thing that makes me so scared.

At first I thought the main fear is that it won’t be any good, which is kind of a silly thing to be afraid of. If it’s not very good, then a few of you will read it and think, Hmm, that’s not very good, and then you’ll get on with your life. You probably won’t think (that much) less of me simply because I wrote a terrible novel that didn’t deliver. You (probably) won’t track me down and demand your $10 back. You won’t take out billboards in major cities and have them say, “Shawn Smucker is a terrible writer.”

That is not a likely outcome. It’s nothing to be afraid of. (Besides, if you rented billboards, at least my blog traffic would spike.)

I’m also fairly certain that at least some of you will enjoy it, which will be nice. Some of you might even enjoy it enough to talk with me about it, or share it with other people. That seems like a reasonable outcome to expect.

That doesn’t sound like something to be afraid of.

There’s a small chance that most of you will enjoy the story quite a bit, in which case you will tell your friends about it and they will enjoy it, too. You’ll say mostly kind things about it, and you might even like one or two of the characters. That sounds like a fun scenario.

And not in the least bit scary.

None of those three outcomes sound scary to me. Not at all, in fact, now that I’ve written them down, where I can see them. When you throw light on the shadows, it’s amazing how quickly they disappear.

But it leaves me thinking, if those three outcomes aren’t what I’m scared of, then what am I actually scared of? What fear lies at the foundation of my hesitance to publish a book of fiction? What is really keeping me from doing that?

It didn’t take me long to find out the real reason for my fear: I’m worried that it won’t be exceptional. I’m worried that by releasing this book, I’ll be confronted with my ordinariness. This, I think, is what scares me the most as a writer.

But I’m realizing there is something I fear more than being ordinary.

I’m extremely frightened of not writing fiction. I’m scared of what not sharing my work will do to me, my creativity, and my general growth as a writer and a person. I feel that I have a few major life lessons to learn on the other side of publishing my stories, things to learn about myself and the world.

The last thing I want to do is carry untold stories to my grave. Even if, told, they are only read by a few hundred people.

That’s what I’m afraid of.

So I ask again, “What are you afraid of?”