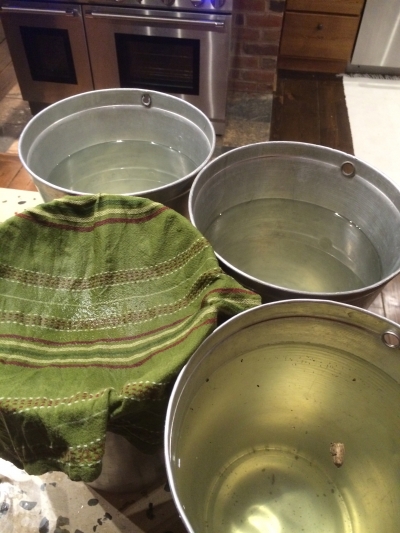 2:00am. I got up off the sofa and meandered into the kitchen. I hadn’t thought this whole process would take so long, but there I was, middle of the night, boiling maple sap in five pots and pans on our stove top, trying to turn it into maple syrup. I was skeptical. When I started boiling the twelve gallons, it was clear as water. By 2am, nine hours later, it looked tan, but nothing like syrup.

I went back and sat on the sofa. The whole house was hot and humid from all that boiling down, adding more sap to the pans, boiling down further. I thought back over the last week, since I had stopped getting on Facebook and Twitter and Instagram. I have to admit: it’s been a peaceful week. My mind feels much less cluttered and there’s a freedom that comes from not feeling like I always have to check my phone, share this thought, post this photo.

But there’s also been some ego-checking at the door. 70% of my blog traffic comes from Facebook, so without getting on there and promoting my blog, I’m probably headed for a drastic decrease in traffic. It can be hard to come to terms with fading into the shadows. It can be hard to let go of an audience.

I went back out to the kitchen. Enough of the water had boiled out of the sap that I could start pouring the smaller pots into the larger ones. Soon I was down to two large pans. Then one.

That’s when the realization hit me, the metaphor hanging thick as the steam in the room. 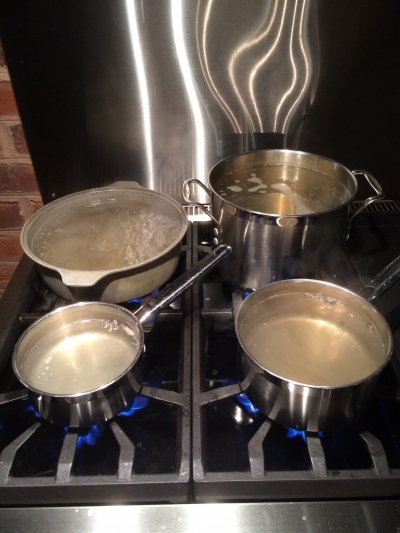 Diminishing is hard work. It’s like boiling down maple sap. The heat, the long process, the whole thing is about becoming less and less and less, smaller and smaller, until twelve gallons of maple sap is boiled down into less than two quarts of golden liquid.

I watched the thermometer carefully as it crept upwards. 214 degrees. 215. 216. 217. 218. By now the small saucepan was full of a dark amber liquid. I took a spoonful, scalded my tongue, but the taste was heavenly, like liquid caramel.

I turned off the heat and the boiling stopped. That was it. That was all that was left of my 12 gallons of sap. Somehow that tasteless, worthless sap, full of ants and bugs, had been concentrated down into pure deliciousness.

When we constantly promote ourselves, when we shout from the rooftops, “Look at me!”, when we say more and more and more…we end up diluting our message. We join the noise, and we try to shout louder, but we can never shout loud enough, and the striving burns us out. It’s all rather exhausting in the end. 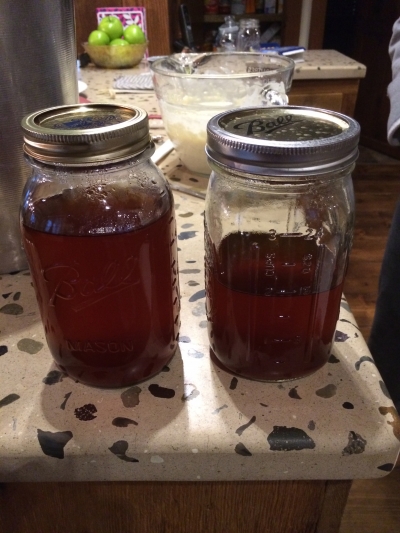 It would be like taking a quart of maple syrup and adding twelve gallons of water. Yes, we have more of it. Yes, twelve gallons takes up a considerable amount of space. But you wouldn’t put it on your pancakes.

Diminishing is painful for the ego. Deliberately stepping back from influence, taking a break from leadership, fading gracefully into the shadows stage right: these things do not come naturally. But if we can make space in our lives for seasons of diminishing, all of the flavor will rise to the top. All of the empty water will boil away, and what’s left will be concentrated and rich.

I was doubting my decision this week. I have important things to say, I told myself. I really shouldn’t stop promoting my blog. I shouldn’t stop shouting.

Then I received this email:

I’m writing to let you know that I found your blog this week–several days after you decided to stop promoting it.

…for lots of reasons I made two decisions: a) to walk away from Church and b) change careers and go into medicine.  11 years later I’m an Obstetrician just about to finish residency.  A father of two.  And still don’t go to Church.

It’s an amazing job.  Delivering babies is wonderful.  But there’s the other half–the stillborn babies and lost pregnancies and ovarian cancer.  Despite the fact that sometimes the suffering and grief are almost unbearable, I find such privilege in taking care of people in those moments.   And that’s why,  when I’m on call late at night, I go searching for people who write about faith in a way that acknowledges suffering and loss.  Most days I don’t believe in God.  But I haven’t given up on faith.  I’m grateful to have found your recent post.  And the post about miscarriage.   And I’ll keep reading.  And wondering.  And will remain grateful for your writing which will make me better at my job.

I thought you should know–that I’m out there learning from your writing–no promotion necessary.

What is it about?

He must increase. I must decrease.

23 Replies to “How To Dilute Your Own Message and Get Burned Out (or, What I Learned From Making Maple Syrup)”