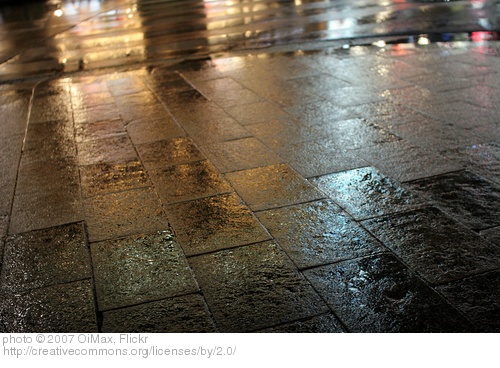 The pastor drives up to his church on a Friday morning. His week has pummeled him into submission: too many meetings, too many visits, too many decisions, and now he is left with two days to sharpen up his message before an early wake up on Sunday morning, a day of performing, of getting everything right, and then another week begins. Ad infinitum.

A man leans against the back corner of this pastor’s church. The pastor recognizes him as the resident vagrant, the guy who he often sees wandering down the road scratching himself, looking confused. A raging alcoholic. The pastor avoids making eye contact, quickly parks the car, and goes inside.

The two bartenders count out their drawers, exhausted. The night had held too much trouble, too much mess, and they weren’t getting out of there until 3am. But the floor glistened, freshly mopped, and the quiet city pushed in around the building like a sleeping bag.

“What the hell was going on around here tonight?” the one asked. Cropped black hair stayed up away from his blue eyes and the tattoo on the back of his neck that read “Carpe Diem.”

The other one laughed quietly and shook his head.

Carpe Diem nodded. They dropped their stuff off in the office, locked the safe, locked the door, and went outside. A light mist floated down on them until a harsh breeze raced around the corner and blew a driving rain into their faces.

Their cars sat in the lot behind the bar, but before they turned the corner, something got Carpe Diem’s attention, and he glanced over his shoulder. Then he stopped. Rain soaked him, ran down his face. It was cold. He peered through the storm and saw something that looked human laying on the sidewalk, resting up against a fire hydrant on the main street.

“You see that?” he asked. The second bartender shrugged.

“Whatever, dude,” his friend said, turning and running to his car.

CD walked to the sidewalk’s edge. The rain looked black, as if the night had crumbled and now fell on them with a vengeance, wanting to injure someone, anyone, as retribution for its self-destruction.

“What’s up, man?” he said. No response. “Hey, what’s up?” he asked louder, bending down and shaking the guy. A small river of night ran along the gutter. He looked around, then reached into the man’s pocket and found his wallet. He hailed a cab. He took the man back to the address on the license and opened the door with the key he found in the man’s pocket. He lowered him on to the sofa. He dried the man off. He went back out and caught another cab to his car.

The sun rose over the city.

“If you love only those who love you, what good is that? Even corrupt tax collectors do that much. If you are kind only to your friends, how are you different from anyone else? Even pagans do that. But you are to be perfect, even as your Father in heaven is perfect. ” Matthew 5:46 – 48

4 Replies to “If You Are Kind Only to Your Friends”