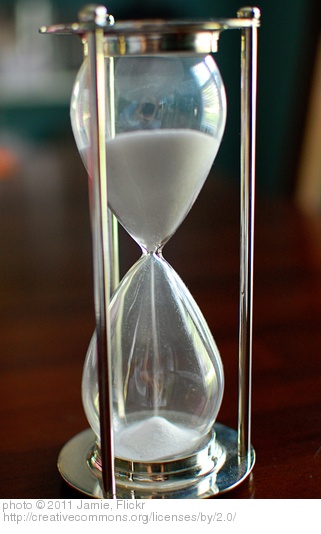 I stared into the rear view mirror, peering through the darkness to catch a glimpse of my 8-year-old son in the back seat of the minivan. After the meal at Friendly’s, I felt stuffed. Heat rushed from the dashboard, trying to put me to sleep. My recent back pains had even died down a bit now that I was sitting in the van. We were only waiting for Maile and the girls to come out with our takeaway ice cream, and then we’d be good to go.

“What do you mean by hard things?” That’s called a stalling tactic.

“Well, you know how sometimes we pray for things and they don’t happen? Like that.”

I didn’t feel sleepy any more. Or all that comfortable. It isn’t that I dislike questions, or get spooked by doubt. I simply felt sad, the same way my heart drops a little when he asks any other kind of adult question. Why? Because he’s growing up. He won’t always come into my room at 10:30 pm wanting to reread me an especially funny passage from Hank the Cow Dog. I can’t imagine he’ll be interrupting my work very often when he’s a teenager, just to sit on my lap and put his head on my shoulder. And these questions, reminders that he will not always be eight, fall through me like tiny specs of sand falling through the hourglass of my life.

He laughed at that.

“That makes sense,” he said.

“But,” I said, trying to find his eyes in the darkness. “Sometimes we just don’t know.”

That last bit was just as much a question as it was a statement. Through the darkness and the heat blasting from the dash and the cold air creeping in around the edges of the window, a heaviness descended on me. Nothing depressing or disheartening – simply the weight of a parent watching their child grapple with the questions of being, the questions of the universe, the questions of existence. But another part of me felt awakened, alive.

“That is interesting. You know, some people don’t believe in God.” I said this in an almost encouraging way. I hope not too much so. I just wanted him to be able to be honest with me, even in doubt. “Do you ever wonder if God is real?”

“No,” he said. “Because even though we can’t see him, we can still see everything that he does.”

“That’s a good point,” I said, then I got quiet and let his mind wander.

Maybe I’m making a terrible parenting mistake. Lord knows, I’ve made my share (forgetting Sammy was in the car and going into church without him comes to mind). But if my children grow into faith, and I hope that they do, I want it to be something that they’ve wrestled with and come to terms with on their own. I want them to help them find answers to their own questions, not simply meaningless answers to someone else’s questions.

Belief is not belief when it’s only regurgitation.

Maile and the girls piled into the van and we drove away through the dark, cold night. But the stars. Yes. The stars.

Similar posts include this series of “Stuff Cade Says.” But it’s mostly funny stuff: news bulletins about rogue stink bug attacks, questions about whether or not I could breastfeed our youngest son with my, um, knuckles…that kind of thing.