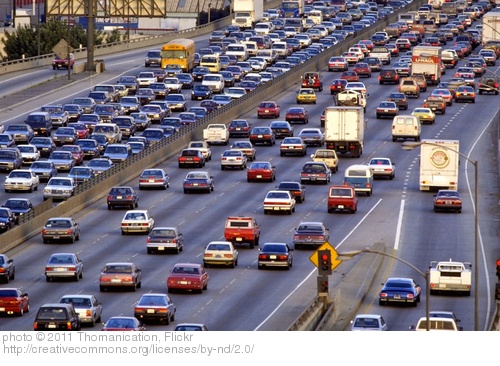 I like to complain a lot about the commercialization of the Christmas season. Long lines at department stores. Christmas sales. Companies capitalizing on our every fear and insecurity to prod us into spending money we don’t have. The constant barrage of messages is mind-numbing.

Then there’s the busy nature of life in December. Christmas parties for work, programs at school, and spending extra time with friends, all of which make catching your breath something you’d better put on your schedule. This December it felt like we were out super-late every night of the week, arriving home close to midnight, carrying our sleeping children in from the van and putting them to bed in the clothes they wore all day.

Christmas Eve: another late (but wonderful) night with family. Christmas morning: gifts with the kids. Christmas afternoon: off to my parents where we stayed until late into the evening.

Then came Monday, the 26th. Nowhere to go. Nothing to do. Exhausted, all four of our kids slept until 9am (a first). The day was quiet. I took a nap while Cade built his Lego fire station, the girls played with new dolls, and Sammy ran around slicing at invisible enemies with a plastic light sabre.

Then Maile said something thought-provoking.

“Maybe there’s a lesson in the hectic nature of Christmas. The night Jesus was born didn’t exactly go according to plan.”

I think she has a point. Mary begins delivering her baby but they can’t find a room, Joseph makes arrangements for a stable, angels appear out of nowhere, the shepherd’s routines are shattered. It’s hectic, not peaceful. There’s very little about those weeks leading up to the first Christmas that resembles calm.

I don’t know about you, but that’s my life. Hectic. Rushed. Over-scheduled. But I don’t have to be satisfied with that.

Perhaps one of the greatest lessons I’ve learned this year from the Incarnation is not that the fast and unpredictable pace of life must somehow be controlled, sterilized, and beaten into submission. No, what I’ve learned this year is that Jesus is accessible to me in the midst of it all. His peace passes all understanding and is within my grasp even when that one last present hasn’t been purchased yet, or the money isn’t quite there, or those family relationships aren’t what you always thought they’d be.

He’s there in the grief that fills a now-empty seat at the dinner table. He’s in the paperwork or the phone call that delivers a less-than-favorable prognosis.

Somewhere hidden in the messy, hectic, less-than-planned Incarnation are moments of stillness that speak volumes to me about the presence and nature of God.

This Friday is the final drawing of the month – one subscriber will win a free copy of all four of my books. For your chance to win, simply join my email list (in the right hand sidebar). You’ll receive one to two emails per month on writing and books, and you’ll also have a chance to win various contests and prizes. Sign up now!

5 Replies to “What a Commercialized and Chaotic Christmas Taught Me”