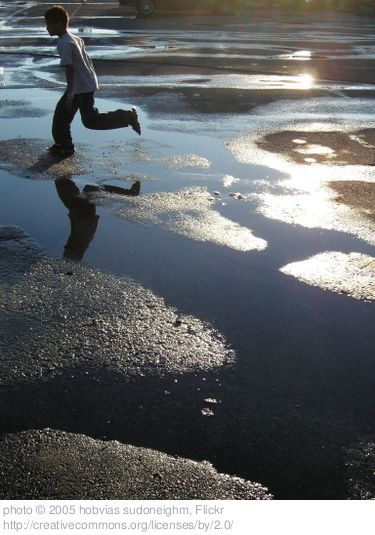 If someone guaranteed that my grandfather’s ghost had decided to hang around this smug little planet, but they wouldn’t tell me where, the Frederick Fair is the first place I would look. Everything I see around here reminds me of him: the tables he built that we still use; his sloppy handwriting on the outside of various bins; the old guy who totes away the trash (who is probably the age my grandfather would be, if he were still alive).

He’d most likely drift around this old place during the days leading up to the fair, when the midway is empty and the sky is gray. The reflections of the colorful tents looks up out of the rain puddles, as if there are holes in the asphalt through which I could drop into other fairs, other years.

He always seemed to love it here. It was his kind of place. He was no uber-wealthy guy all that comfortable hob-nobbing with the rich and famous. These carnies, with their 200-year-old eyes and passionate responses hidden behind a thin veil of quiet, were his people. He was rough around the edges, and kind, and determined.

That’s how I remember him anyway.

One year he made his own lighting system, just took an old cord and spliced a bunch of light bulb sockets into it with some extra wire, then wrapped the whole thing in electric tape (there’s nothing around here that duct tape, electric tape, or bungee cords can’t fix). We kept using that dangerous strand of lights long after grandpa died – we always used his stuff as long as we could, as if we’d forget him if we threw out that old bent pipe or that nub of a broom.

Then one day someone leaned up against one of our tent posts and got a little jolt of electricity. Now our light bulbs are all mounted in nice, safe heavy duty lines and we used light bulbs with the wax coating, as all food establishments should. Grandpa scoffed at wax-coated light bulbs.

Sometime this week, during the horse races, I’ll go sit up in the grandstand on a hot day. He used to take us up there, bribing our way in with a few ham and cheese sandwiches. The grandstand is mostly empty during that time of day, and whenever I turned to ask him a question he’d be sitting there asleep, his mouth wide open. I’ll sit up there and watch the horses cruise the track, kicking up dust, and I’ll think of grandpa.

These days, though, it’s more likely that my dad will be sitting up there, showing my kids the horses. In that way, I guess nothing’s changed. Which is one thing I love about the fair.