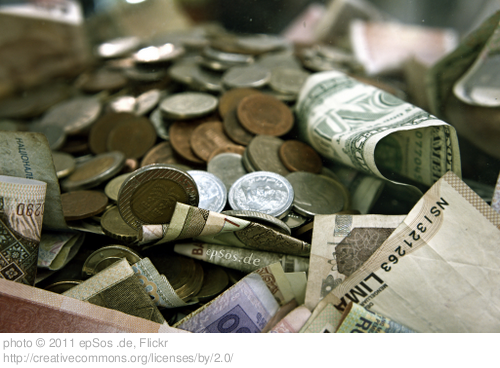 Today’s guest post on dreams is brought to you by Chase, a writer living in Jackson, Tennessee. Enjoy!

I am known for my dreams, that wild theater of illusion that plays every night in my sleep, but I’d rather people know about another dream I have.

I have spent too great a portion of my days being confused about what I wanted out of life. I have convinced myself, and others, on more than a few occasions that I figured it out. There were reasons that these answers made enough sense to convince me. They rang true–enough.

I took steps toward those alleged dreams and yet as I grasped them they felt hollow to the touch. They were not what I thought they were. They were not for me.

There has been one dream that has never left me. It has been a part of my identity since I really started thinking about life goals.

I want to make a lot of money and give it away.

Giving is my love language. The first manifestation of this dream was of being a real-life Santa Claus. True story. I wanted to grow my beard and helm a big rig full of stuff (appliances, stereos, food) people need, then drive all over America going from neighborhood to neighborhood like it was Christmas.

I’ve since moved on from the desire of drawing a parallel analogy. Now, I am more concerned that I help the people who need it most. I have not yet figured out how to acquire wealth. I am, by American standards, just on the stable side of poor but whenever I can, I give.

I like to use money to build relationships, to network with other people who share the same kind of dreams, and to invest in hope. I want to lavish people with God’s love in this most tangible way.

Christians give money as much bad press as they do sex. I think most of us, my generation at least, have come to think of money as a dirty thing, a necessary evil.

We’ve gotten this idea that it’s wrong to want it or to think about how to get it. It’s bad to want your “money’s worth”. I’ve come to feel this way too, to feel bad for trying to make a reasonable profit, for example.

The weird thing, though, is that these notions about money have corrupted me more than money itself ever has. They’ve held me back.

Money, like anything else, is only evil if it is used for evil. Let’s be fiercely determined to use money for good. John Wesley said it first: “Make all you can, save all you can, give all you can.”

This is my dream.

What’s your take on money and dreams? How do the two correlate for you?

4 Replies to “When Your Dream Means Giving It All Away”