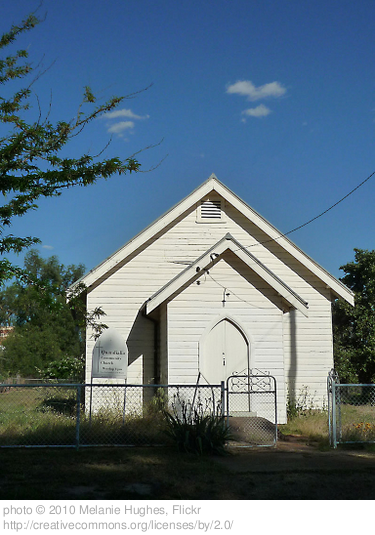 This is an email written to me by my friend Jason. Every Saturday I am trying to post an email from him regarding postmodern Christianity, and on Sundays I will post my response. This is not a debate, but more a way of discussing some of the things that keep many people in my generation from getting involved in the church or Christianity.

Perhaps this is why you and I often find church and Christianity difficult. I can’t speak for you, but I am a bit of a loner, a bit of a homebody. I am not community oriented.

I’d be interested to hear more about your take on that next week – how do you, as someone not currently in Christian community, view this aspect of Christianity (ie the communal aspect)? Is this trait found in the other major world religions? Do you think that a church, now 2000 years on and splintered into thousands of denominations, can ever regain the sense of community once enjoyed by the early church? Is a community of believers even important in this day and age?

Response #1
I think you are very community oriented.  Don’t be confined by narrow dominant-culture definitions.  Your writing is often very focused on bringing people together in a harmonious way.  Just because you are not an extrovert doesn’t mean you aren’t community oriented.

So, I believe that we do need to redefine what community looks like in this day and age.  We have lost it greatly in North America, but maybe it just looks different.  I think we’ve lost the need to rely on our neighbor so we don’t.  We are all self-contained units within our homes and we don’t really need one another.

Response #2
You wanted to stay focused on why myself or others might be in Exile [from Christianity].  Well, to tell you the truth, myself and others, as well as non-Christians, are scared to death of the Christian “community.”  You know why?  Because it’s not a community, it’s a club.  Now are there some very accepting and humble Christians out there facilitating community?  Yes, for sure, but you would be the first to agree that many (majority?) are not facilitating harmony but instead, they are facilitating hate, bigotry, shame, and exclusion.

The type of narrow and judgmental thinking that happens in the name of Christ actually and truly scares people.  Not because of the truth of Christ, but because of the cultish and seriously irrational thought process that leads much of the Christian community to where they are and how they act.

Even if the club is loving and giving within itself, that isn’t good enough.  Just based on some of the beliefs that Christian clubs hold, people are offended, judged and left feeling less than.  I liken it in some ways to the way we white people don’t really understand the prejudice and power we hold and how that ignorance affects minorities.  Christians can’t see it.

Response #3
So where are we?  I agree that community is necessary and becoming more so as our world becomes bigger and more complicated.  Nothing makes us feel more human than relationships and it is something we have in many ways lost sight of.  I have felt some of that love in the Christian community that you talk about so I know what you mean.  It is nice.  It is safe.

What if Christianity was the religion that offered that to everyone, regardless of belief system, regardless of metaphysical differences?  Actually, since our sense of community needs to be all-encompassing, it needs to come from our humanity, not just Christianity.  This is again why I don’t identify with Christianity as an organized religion.  I think it’s too narrow of a definition and focus. I think Jesus would agree with me.  *grin*

What perspectives do you share with Jason? How would you respond if you received a similar email from a close friend?

21 Replies to “Emails From a Christian in Exile: Redefining Community”