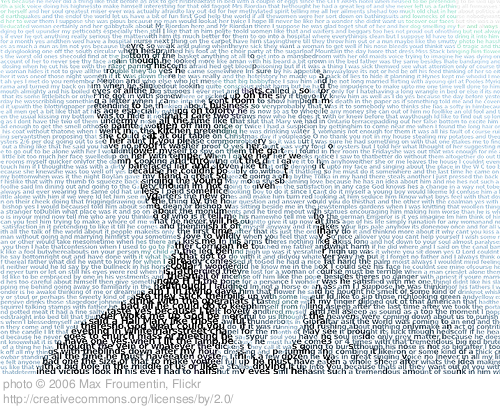 Anything we read for pleasure we read because it interests us. One would think, since this is so, that the first question any young writer would ask himself, when he’s trying to decide what to write, would be “What can I think of that’s interesting?” Oddly enough, that is not a very usual first question; in fact, when one points out to young writers that it might be, they often react with surprise.  – “The Art of Fiction” by John Gardner

Twelve years ago I emerged fresh from my Literary Criticism courses, armed with an English degree, prepared to write the next great novel. Unfortunately, as John Gardner goes on to say, academia can often elevate the attributes of “tricky” or “obscure” above all else. I’m not blaming my professors – they couldn’t have done a better job teaching me. I blame my overwhelming desire to satisfy imaginary people.

I wrote from the perspective of a literary critic, trying to intercept all possible objections while creating some strange mix of Joyce’s “Ulysses” and Thoreau’s “Walden.” My descriptions were immaculate, my metaphors thought out.

Unfortunately, I bored myself to tears and never finished anything that I started. Meanwhile, I marveled at Rushdie and Irving and Tolstoy. How did they do it? How was their writing so seamless and compelling?

I think they did it by writing stories that they themselves would want to read.

Don’t try to be literary, just for the sake of it. Don’t try to be anything. If you want to be a writer, ask yourself the question, “What can I think of that’s interesting?”

How do you decide what to write?

2 Replies to “How Do You Decide What to Write?”