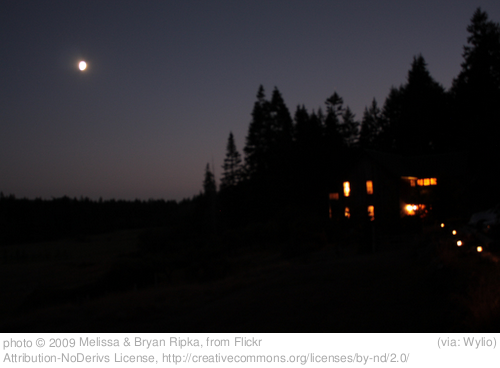 The 8-year-old boy sits quietly on the sofa watching the Major League Baseball All-Star game. He has his baseball glove on and throws the ball into the mitt over and over again. It smells like leather and fresh-cut grass. The boy makes a mental note that he will be Tony Gwynn the next time he plays baseball with his cousins.

Hot, humid night air comes in through the screens, as palpable as the flies sneaking in through the crack where the storm door doesn’t close properly. Night time on the farm is rarely quiet – either the cows are mooing in the barns, or cats are fighting, or dogs are barking at raccoons while possums try to plunder the trash cans. Many a night their glowing eyes reflected his flashlight beam, sent him scurrying back inside.

His 6-year-old sister plays with Barbie dolls on the floor, talking quietly to herself. His father sits in an arm chair, leg up over one arm, chin resting on his fisted knuckles. Occasionally he’ll talk about the game, but mostly he drifts off to sleep.There are no lights on – only the glow from the television that lights up their faces which end up looking like the bright side of two moons.

Then a knock at the door. His father jumps up with an electric jolt and lets in a lady with sandy brown hair. She smiles at the children as if she knows something they don’t. His father walks her up the stairs then comes back down, now pacing the floor, not watching the game. Soon the game is over. The boy and his sister are told they may stay up and wait.

The baby will be here soon.

Then a loud wail from the boy’s mother. He feels scared. Then a piercing cry. A newborn. His father runs upstairs. A minute passes. Another minute. Then thud thud thud as his father comes back down, and he waves for the kids to follow him. The boy and girl run up the stairs behind him this time, then trail hesitantly behind him into the bedroom.

The boy’s mother sits in the bed, sweaty and exhausted and very, very pleased. She tells the kids to come look at the new baby. The boy looks up at his father.

“It’s a girl,” his father says, smiling, as if he has just hit a home run in the All-Star game.

The boy sighs, walks over and looks at the baby which now holds no interest for him. Then he curls up on the carpeted bedroom floor and immediately falls asleep. Word has it that his sister stayed up all night, holding the new little girl. He wouldn’t know. He wanted a brother.

Sorry Angie! I was only eight and didn’t know any better.

2 Replies to “The Unwanted Sister”