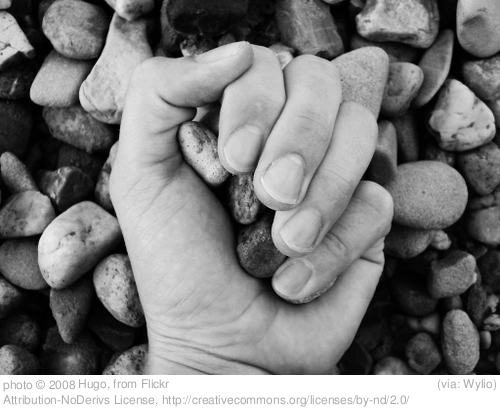 As Maile and I walked into the motel, I heard a police officer in the lobby.

“You guys mind if I turn it to CNN?” he asked the lady cleaning the room. “They’re about to announce the Casey Anthony verdict.”

Aggravated manslaughter of a child: not guilty.

I shook my head in amazement, not because I am an expert in the law or because I understood what was going on or even because I had followed the case since its inception. I shook my head only because here was someone who appeared to have a first-class ticket to the death sentence, and now she was basically walking away. What a change of trajectory.

Of course, it’s not that simple. Is there a town in this country where she can hide from the guilty verdicts already rendered by ordinary citizens? The media had tried and convicted her, as had most of us. To many, she will be nothing more than a murderer for as long as she lives.

At first the outcries on Facebook and Twitter and other venues alarmed me: how can people condemn someone when they cannot know for sure what happened? Since when do we kill people based on circumstantial evidence, no matter how damning? But as I thought more about the cries for blood, I realized that it is a natural thing – there is something in all of us that cries out for justice.

Seeing the picture of the child, my heart ached. There is even something in me that would have felt relief at a guilty verdict, however little I knew about the case. But as I think through this situation, two thoughts come to mind.

First, I’d rather live in a country that does not send people to face death based on circumstantial evidence than in a country that pulls innocent people off the street and shoots them in the head. Perhaps it is how my mind works, but I tend to think that guilty people will be punished, if not by our judicial system, then by other forces.

Secondly, a woman caught performing a crime which demanded capital punishment was once brought before the wisest man I know. For reasons we cannot fully understand, he turned to the crowd and said, “”The sinless one among you, go first: Throw the stone.” Like our society, they were eager for justice – they had come with stones in their hands.

But each of them put down their stone and walked away.

Why? Why did he say this?

Putting down the stone and walking away is never easy.