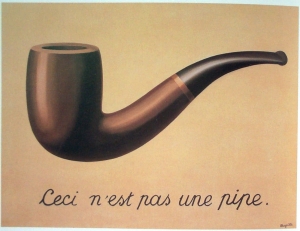 A few years ago my dad and I had this argument.

“What!” I exclaimed. “But you’re a pastor! You’re supposed to be all about people trying to make new starts in life, turning over a new leaf. You know, all that redemption and rebirth crap.”

“New Year’s resolutions never work for me,” he said. “I think they’re pointless, so I don’t make them any more.”

I couldn’t believe it. My life was based around two months of angelic living, followed by a ten month unraveling of every good habit I ever started. If I didn’t make New Year’s resolutions, when would I ever do anything good?

As usual, I’m starting to see that my dad might be right (shhh, don’t tell him). But it’s true – how many New Year’s resolutions actually make it out of the winter, much less see the light of spring or the heat of summer? Perhaps this is the true reason that autumn is my favorite season – every year, by the time fall rolls around, I’ve managed to shed the fetters of all my New Year’s resolutions and have gone back to being, well, plain old unpolished me.

But what do we expect? We set ourselves up to fail. We resolve to eat better or drink less alcohol, but no sooner have we shouted “Happy New Year!” at our friend’s New Year’s Eve party than we are back at the food table eating those chocolate nut things and chugging champagne by the plastic cup-full. I know one of my favorites (resolving to get up earlier so that I can be more productive) is always thrown off course the very first morning of the year, when I get home at 2am, my alarm goes off at 6am, and I hit snooze eight times.

The very act of bringing in the New Year thwarts 93% of all New Year’s resolutions.

But I think the main reason most New Year’s resolutions bite the dust is our inadequate response to failure. We set out with this clean slate, and once we screw up once we throw in the towel. Everyone wants a perfect record. No one wants to spend the entire year fighting for positive change – we want it all to come so easily. And when it doesn’t, well, you know, the path of least resistance and all that.

The really good changes, like exercising or losing weight or treating yourself in a kinder way, never exist with 100% success. You will mess up. So unless you’re cool with that, and plan on persevering even after the first set back, then don’t bother making the resolution.

That’s why this year I’m turning the table. I’m making only two resolutions: the first is to smoke the pipe I got for Christmas from my brother-in-law on a regular basis. I figure that it’s not the worst vice someone could have, and since I always fail at New Year’s resolutions anyway, this means I won’t smoke at all. While this is disappointing, I’d rather be disappointed by failing to perform a vice than failing to perform a virtue.

I’ve made only one other resolution: this year, my resolution is not to make any New Year’s resolutions.

I’ll let you know how it goes.