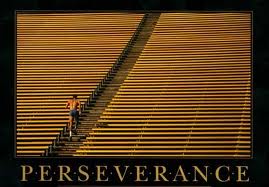 Most people never run far enough on their first wind to find out they’ve got a second. ~William James

I know that a lot of you out there have had a rough year.

Some might even say an overwhelmingly, unbelievably, inconceivably shitty year. I have friends who lost a spouse this year, or a parent. Some of my friends have spent the holidays in a hospital, or a hospice, trying to “celebrate” while some of the people they love the most in the whole world fight for their lives, or slowly begin drifting away. Others of you continue dealing with chronic pain or some sort of disease or watch someone close to you go through it.

I know that, for some of you, 2010 was the worst year you could ever imagine. And nothing that any two-bit blogger like myself can write will change that. But if I can offer one message of encouragement, I would say this:

Because a lot can change in a year.

One year ago we left some of the closest friends we had ever made, and a church we loved, to move into my parent’s basement with our four kids. It felt like we had hit rock bottom financially and, many days, emotionally. I felt like the previous 15 years had been totally wasted. I felt like a 34 year old graduating from college, except I had five mouths to feed and two minivans.

On a more serious note, I didn’t think I had much to offer the world.

Don’t get me wrong – I’m not saying these problems are on par with watching someone you love pass away, or some of the other tragedies you folks faced in 2010, or waking up every morning in physical pain. But it was pretty depressing, hopeless, and felt like a big fat dead end.

One year later my life does not even closely resemble the one I was living a year ago. We have our own place, a beautiful little place in the country. I’ve been blessed with four intriguing book projects and seven months of writing income lined up (last December I had about two, and as recent as a month ago we had $13.75 to our name). In the marathon of my life I’m only on step 11 or 12, but I finally feel like I’m moving in the right direction.

Whatever 2010 has held for you, don’t give up. Believe me – you have no idea how much better things will be in twelve months time.

To change one’s life:  Start immediately.  Do it flamboyantly.  No exceptions. ~William James

6 Replies to “What Will Change This Year?”