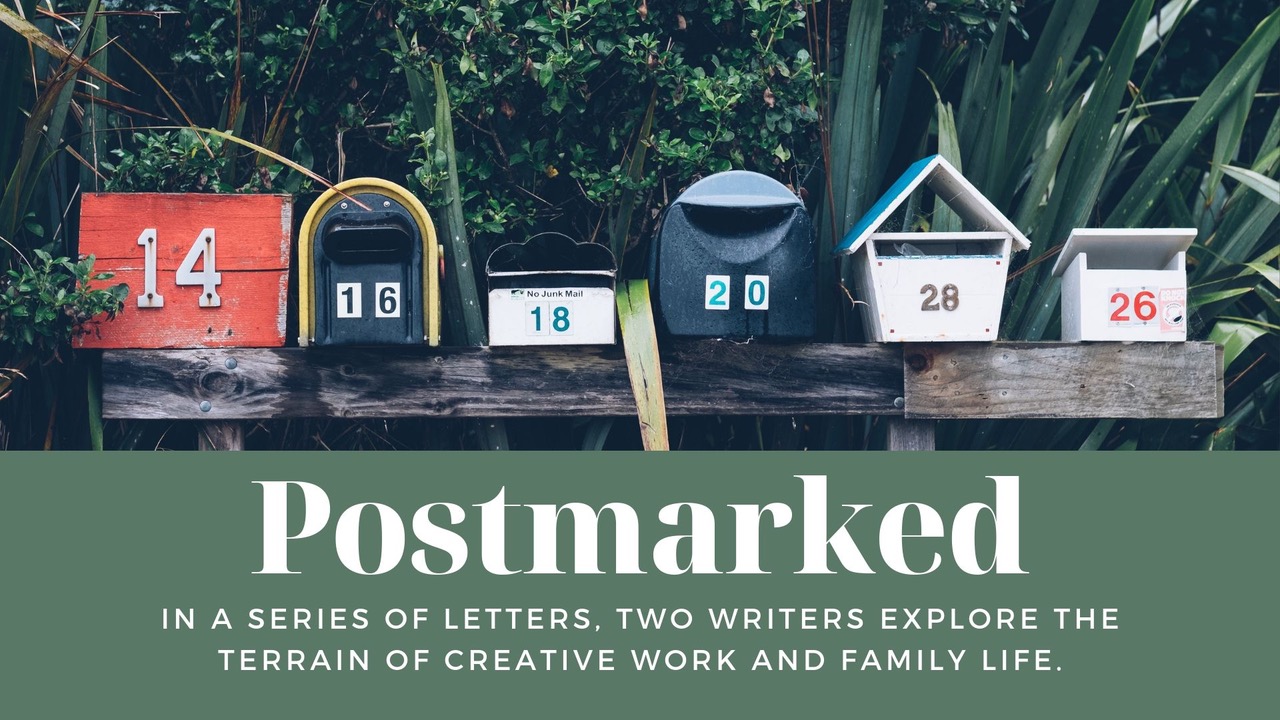 Winter decided to arrive in Lancaster since the last time we spoke. Most of the time our kids walk about a mile to school through our small city, but it’s been pretty cold the last few days, so I’ve been driving them. Sure does make a person thankful for hot radiators to lean up against, and warm blankets, and stoves that work. I don’t mind the cold so much when I have a warm place to come home to.

Friends from all over the country are posting pictures of snow-coated outdoor furniture and fall leaves frozen in the ice. It reminds me that even though we tend to think of life in well-defined seasons, there’s a large part of life that will always fall in between. Snow drops and tulips pushing up through frozen ground. Shedding spring layers when the first hot day of summer arrives unexpectedly. Or walking out onto James Street at the end of summer, only to realize I need to go back in for a light jacket.

I’ve never been a fan of waiting; I’ve never been much for these in-between times. I like to know exactly where I’m at, what to expect, where I’m going, and what needs to be done to move forward. Dwelling in the undefined, setting up camp in the space between here and there, is not something I’m a fan of.

This reminds me of something you wrote in your last letter:

But your words in that last letter lead me down a different path—what if there’s a way to be both? What if there’s a way to write thoughtful, well-written books while spreading the word aggressively about this hard, good thing I’ve done? Too often in the past I’ve felt tempted to, in your words, “pretend as if (I’m) not writing.” This is the messy and complicated both/and you wrote about, and your letter has encouraged me to stop pretending.

I can tell this letter is already going long, but there was one other phrase from your last letter that jumped off the page and I have to at least ask you about it: “The modesty of faithfulness.” Wow! What a wonderful grouping of words. In the context in which you wrote it, you seemed to be describing the person who goes about doing their good work even when it’s unacknowledged. I’m not sure that I can think of a more important phrase for a writer to embrace and would love to hear more of your thoughts on that.

You asked about books I’m currently reading—the current list is, as is usual for me, rather discordant: Stephen King’s It, George MacDonald’s The Light Princess and The Golden Key, and Dallas Willard’s Life Without Lack. I read Stephen King because I enjoy his books, but mainly because he has so much to teach me about how to tell a good story. I have become dedicated to dissecting the works of talented writers. The novel I’m currently writing requires a fairy tale side, so I turned to MacDonald to learn more about that. And Dallas Willard, well, who needs a reason to read Dallas Willard? But these words of his have been resonating in my mind for weeks now:

Human life is a process of transition and transformation. We go through life in a belt of time and space with one another, and we have the opportunity to be everything God intended us to be in relationship to him and to those around us. We have the potential to create something incredibly precious and good, and God is going to bring it to pass.

What an incredible promise, that “we have the opportunity to be everything God intended us to be in relationship to him and to those around us.”

May it be so for you, friend.

What began as a Twitter conversation between two writers on creative work and family life has become an exchange of letters. Here is where Postmarked began:

Have you had a chance to listen to the podcast my wife Maile and I have started, The Stories Between Us? We talk about creativity, family, and the writing life. You can find our first four episodes HERE.