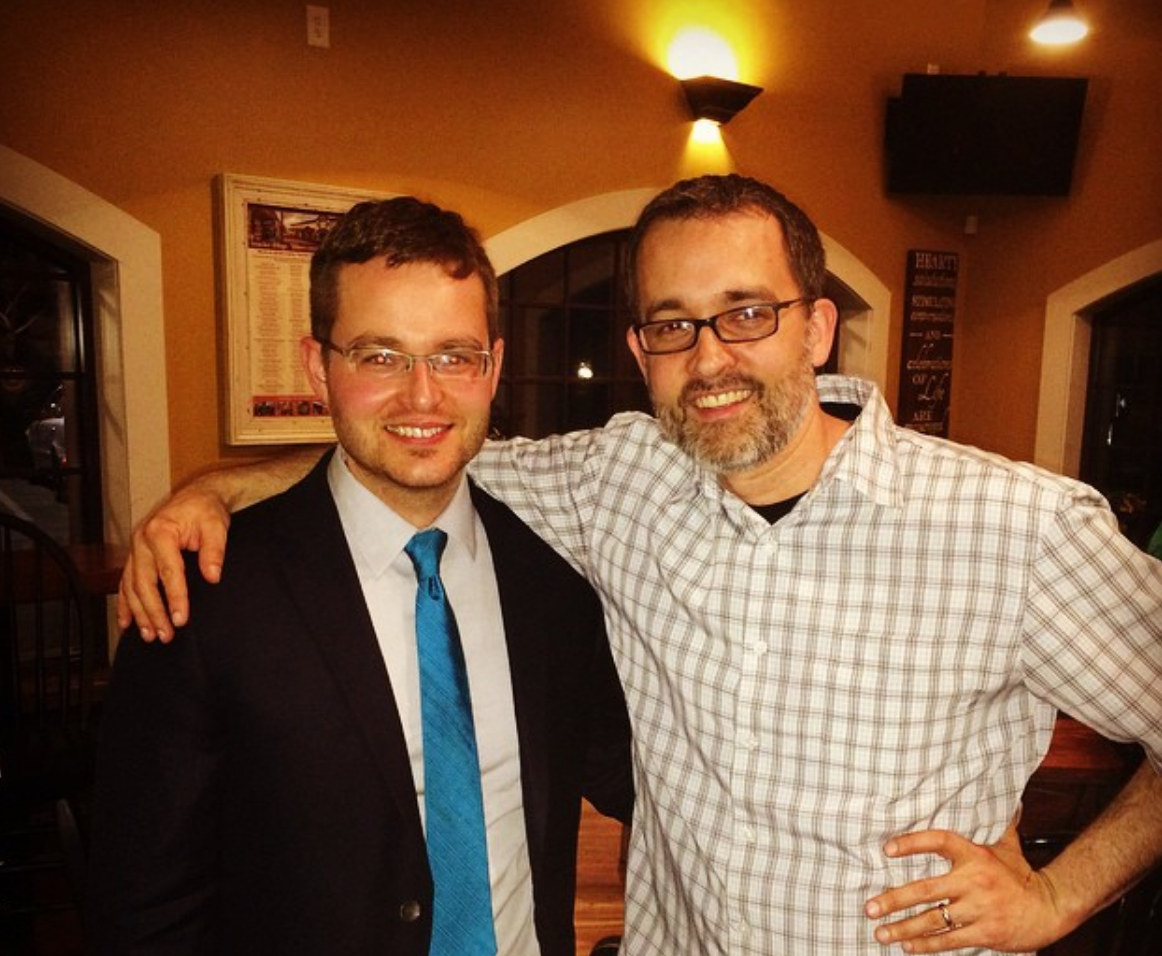 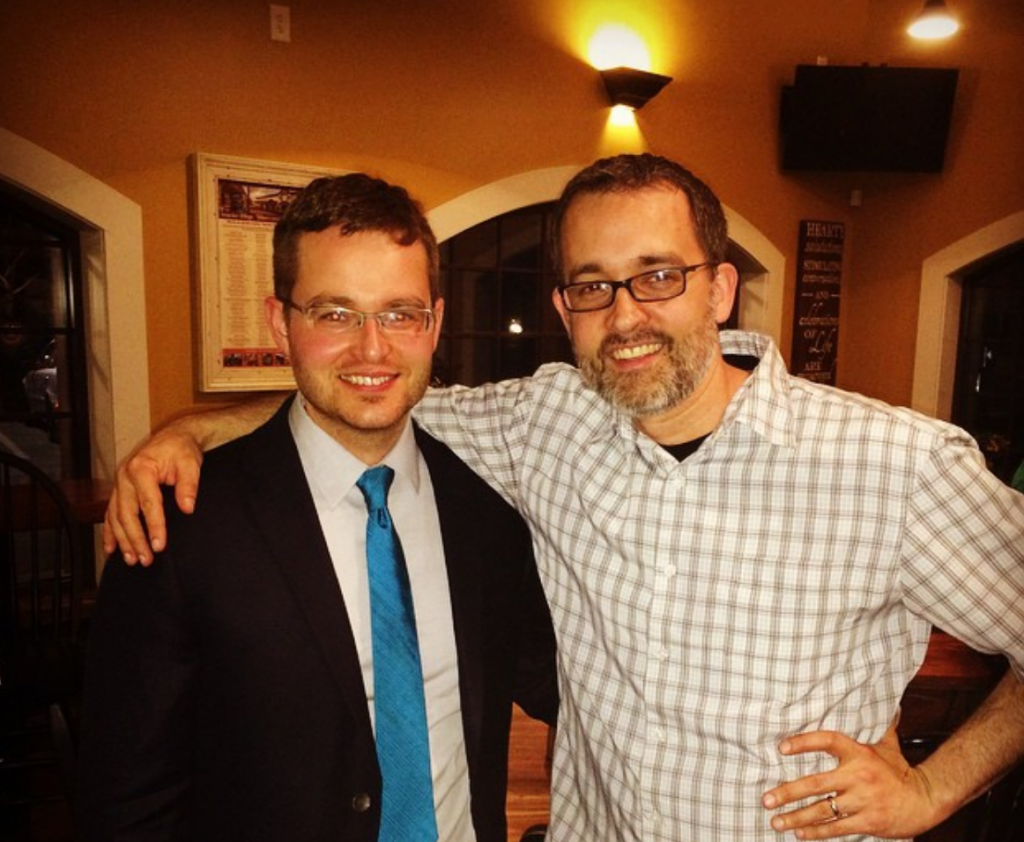 There are a few really good souls in this world, and Caleb Wilde is one of them. We met a few years ago when he won a writing contest I held on my blog and, in lieu of the reward, he asked for coffee with me. Nice guy, right? I think he was at least 30 minutes late for that first coffee, but since then he’s become a good friend. Caleb does what few of us would be able to do for a living: he deals with death. And he manages to do it, day after day, with care and kindness and more than a sprinkling of humor.

Caleb has a book coming out this fall called Confessions of a Funeral Director. Take some time to read this post by Caleb, and then preorder his book. You won’t regret it.

It was Donnie Smith. Donnie stepped out of his truck, we shot the bull for about 20 minutes. He told me that his dad (Donnie Sr.) had been running low on health while he’s been running high on the idea that his dad might be needing us in the not too distant future.

There are some people that I know only through funerals, and Donnie’s one of them. We buried his daughter a couple years back, and being that Donnie knows half the people in Chester County, he finds himself at funerals nearly as much as I do. I’d often ask him, “You gonna start having your mail delivered here?”

At this particular funeral– after he was done talking with me — we put him to work as the door tender and he was greeting everybody that came through the front door with his genuine smile and warm presence.

Sunday came along and I saw a note on the desk when I got into work: “Donnie Smith’s body is at the Hospital: not released.” I figured it was Donnie, Sr., being how Donnie Jr. was telling me about his dad being low and being unsure how much time he had left.

When we take a death call, we usually write the age of the deceased on the “first call” sheet and I saw in the upper right hand corner something that confused me: I saw “57.” I thought, “Donnie Sr.’s got to be in his 80s … that ’57′ must refer to something unrelated to the death call.”

I was wrong. The deceased at the Hospital was Donnie Jr., age 57.

No warning, no time for his family to say “good-bye”, no time to tie up loose ends. He told me how he was taking care of his dad, looking out for his dad. Nobody expected this. He didn’t expect it. In life, there are few things that are worse than a loved one leaving without saying “good-bye.”

Today we had the service. Probably close to 300 people came through the church during the viewing.

Before we began the service, we invited the family upfront to the casket to say their good-byes., one of the hardest things you’ll ever do in your life. At this point, I usually stand at the foot of the casket and observe what is often one of the harder moments for a bereaved family to handle: the last moment you have to touch, look at and speak to the deceased. After the family said their goodbyes on a day none of them expected to come so soon, we close the lid.

While this family was still having their final moments around the open casket, I noticed something right in front of me. Sitting in the front pew of the church were two little girls –one a blond, the other a brunette (which is how I’ll distinguish them from here on out) — both about the age of seven. One was wearing what appeared to be her white Easter dress, her hair combed straight and her shinny white dress shoes fitted to feet that were dangling back and forth off the floor. Next to her was a little blond girl, dressed in black pants and a black shirt. I’m guessing they were Donnie’s granddaughters.

As most the adults were crying, the blond reached her arm across the back of the brunette and held her, at which point tears started to roll down the brunette’s porcelain face. They didn’t know I was watching them, and as far as I know I was the only one looking at them, as all the adults were huddled around the casket; but I was taking in this little slice of life like a parched plant taking in the sweetness of a desert rain.

The blond got up, walked back to the second pew and opened an old Phillies cigar box that she was using as a kind of purse. She opened the lid, reached into the box, pulled out a tissue from the stack she had neatly placed in the box and rushed back over to where she had been sitting only seconds before, catching the tears as they ran down the grief-filled face of her friend.

At this point I got emotional. There’s a certain sense of hardness that creeps in after years in this business. And I’ll be the first to admit that few things bother me … few things touch me anymore. Death makes us into altogether different creatures … we can become like rough skinned rhinos who need something incredibly poignant to piece our outer shell.

I watched this compassion from this young girl for a couple minutes and then I saw my grandfather nod my direction, causing me to switch back to my job at hand, which by this time was the task of closing the lid.

Who taught this young child to do such a thing? Sure, she may have learned it from her mom, or maybe from Donnie himself, but nobody told this child to love. She just loved.

I sought the little blond out after the service was over and I asked her if she wanted to take any of the leftover flowers from her grandfather’s funeral back home with her. She pointed to the big casket spray. Being that the florists fill the back of the casket spray with water, I got it for her because it was probably nearly as heavy as she was, and I carried it to the bed of her dad’s truck. I guess when we witness the pure heart of children, it inspires and multiplies kindness.

Because sometimes we see glimpses of Eden through the veil of death.

You won’t want to miss Caleb’s book, Confessions of a Funeral Director. Preorder it HERE today.