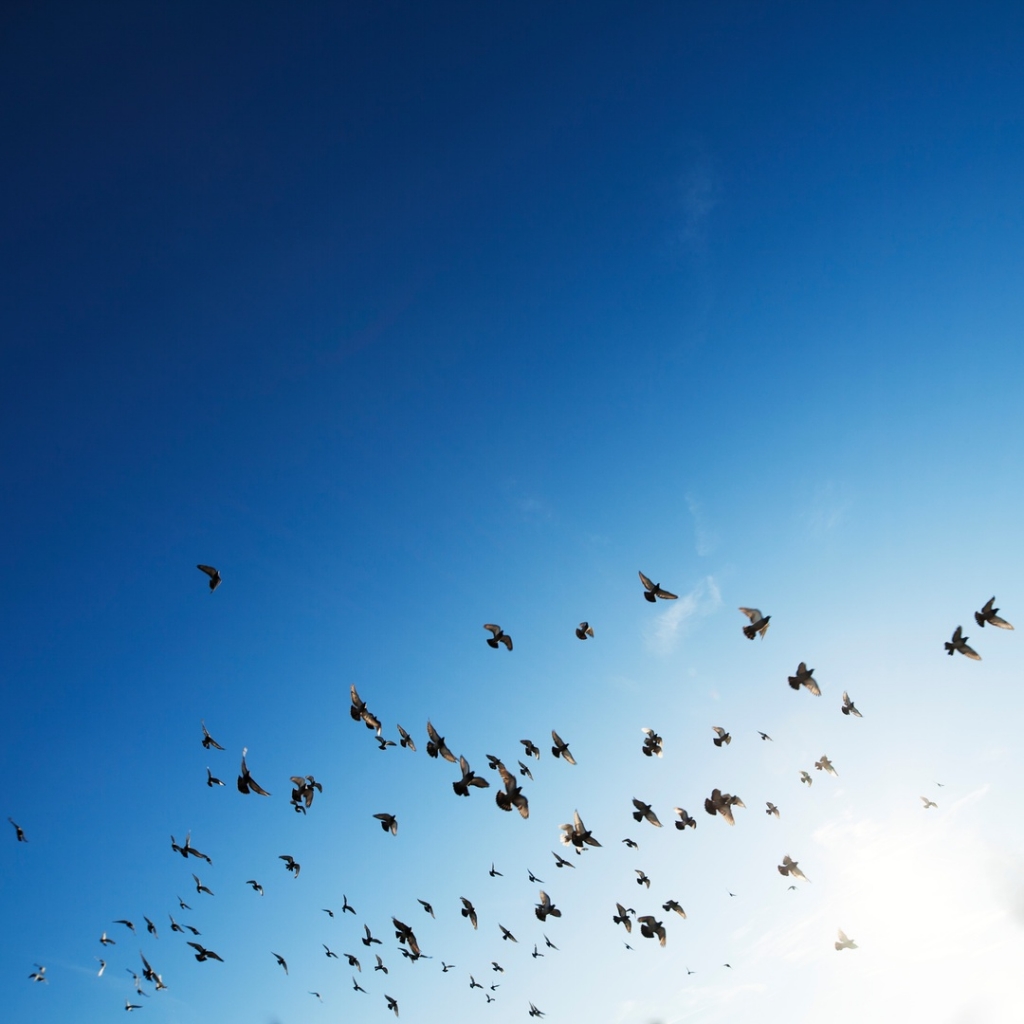 The sky spit a cold rain on that January afternoon, the kind of light mist that barely makes it to the ground. I locked the door of our house on James Street and walked south on Queen, down past The Belvedere and the street lined with shops and the flower store. Past the brewery with the large glass windows and the park where you can always find a handful of homeless people sitting in small groups, talking to each other, looking around with tired eyes.

The Church World Service office is about ten blocks southeast of me, right along King Street. I arrived and let the front desk know I was there. A few minutes later my two translators walked in. We had never met before, friends of friends. We had never worked together.

Our contact at CWS led us up to a small conference room, and we sat on one side of the table and we waited. There was a mixup with the time, we were told. The family would be with us in five or ten minutes.

They didn’t take long to arrive. An African man and three of his sons came into the room. We’ll call the man Jacques. He had a very proud, defined face. He was average height, and his forearms were thin and strong, like cables. His eyes were fiery.

His three sons were soft-spoken, gentle even, but they followed their father with a dogged sense of protection. I could tell they respected him greatly and were there for his sake. Or maybe they didn’t want to leave his side – they had only been reunited recently.

We said our halting hellos, the kind that happens when speaking through translators. And then Jacques told me his story.

I am 51 years old now. Six years ago, I was arrested in my country, The Republic of the Congo, by the government. I had many, many, many friends and relatives who were arrested from time to time, for a variety of things. What tends to happen is that when the government changes, they persecute the people who supported the previous regime. If you are of the same religion as the person leaving office, or from the same region, or if you have any connections at all, you are in danger of being detained and arrested.

In those days, I worked in the administration of a university. It was a good job, and it helped me provide for my wife and seven children. In fact, when all of this began, six years ago, I had a two-week-old child.

The first time, I was arrested and jailed without charges. They wanted to know where my nephew was living – he had connections to the previous president. When I wouldn’t tell them, they tortured me for five hours. I was placed upside down and tortured and nearly killed. Then they went and got my nephew and tortured him beside me. They went and got my nephew’s wife and child and threatened to kill them in front of him.

Finally, they left us in a cell, where we stayed without being charged. Those were long, dark months. A human rights organization heard about our situation and pressured the government to either charge us with a crime or release us. After four months, we were placed on house arrest and released to go home.

Our houses were searched often during this time, turned upside down. After six weeks, we were supposed to return to the police, check in, and then we would be released. Or so we were told. But during one of the searches of our home, an officer recognized the father of my nephew in a photo on the wall, and because they had once been friends, he warned us not to go back in.

“They are planning on torturing you again,” he warned us. “I cannot help you. You must run away. Flee the country.”

But still we weren’t sure what to do. We did not want to leave our families. So when our day came to check in at the police station, we started to walk there together, my nephew and I. As we got close, we saw a Jeep full of police. There was a crowd of street children, and we edged closer only to hear them talk about how they were on their way to arrest my nephew. Then they saw us and turned to follow us. My nephew threw his phone in their direction, and all the street children in the area (and there were many) ran to grab the phone, getting in the way of the police. This allowed us to slip away.

We had no money and had not even said good-bye to our families. We had left our homes hoping to check in at the police station and return home. This was in December of 2009, six years ago. I pictured my two month old. My other six children. My wife. But we had to leave, so we fled all the way to the border of the Congo and a man in a little hut let us stay with him.

“If you don’t go,” he said after a short time, “you will be arrested, and then I’ll be arrested for helping you.” So he directed us to someone who could take us over the river, from Congo to Gabon. We gave them our phone as payment for the hour and a half crossing. We were fortunate they accepted that. It was only by the grace of God.

We did indescribable work while we were there, physical labor that we were not used to doing. It was very difficult, but we saved our money and stayed in a cheap place and were able to take a train to the other side of the country, away from the bounty hunters who would have taken us back to Congo. After many difficult months and years, and help from my brother who also lived in Gabon, we were eventually able to get the attention of the United States embassy and get a visa. I was relocated to the United States only a few years ago.

But my family was still in Congo.

Jacques paused and the translators relayed his words to me. He spoke his French in a thick, African accent, and sometimes he nearly shouted with passion while he told his story. I turned to the sons. Their quiet eyes. Their calm patience. I wondered what my children would do, how they would seem, if I had to leave them for six years. If I left today, and was gone that long, Cade would be 18, almost 19. The baby Maile’s carrying would be 6.

“What was it like for you to not have your father for over six years?” I asked the three sons. The oldest one, 21 years old, responded.

We struggled when he was gone. We struggled even to eat. There was no way for us to make any money for food, and for a long time we didn’t know if he was even alive. The two oldest of us were able to get diplomas during those years, but the rest of the children couldn’t go to school. Books and clothes cost too much.

It was very difficult growing up without a father. Mother had the seven of us plus two other children she had taken in. She had no job. We prayed often that we would be reunited with our father.

The translator’s voice catches as he retells the story. The young men speak so calmly about such emotional details. Their faces are peaceful, like still water.

The father speaks up.

I had joy coming here, because I knew I wouldn’t be followed, hunted down, or arrested. I knew I could finally work, and then send the money back to my family. CWS helped me find the job as well as an apartment to live in. I worked at a food distribution plant, and now I work at a farm. It’s nothing like the academic work I did in Congo, but I am happy just to be working, just to be making money.

When I first saw my wife and children here in Lancaster after not having seen them for almost seven years, I wept and wept for joy. I wept openly. My oldest son did not weep, but later he said he wanted to cry, but he knew if he did then all the other children would cry, so he did not.

It was such immense joy, such deep joy, that I can’t really put it into words.

I asked Jacques what he wants for himself and his family, now that they are here in the United States. I guess I expected him to have goals and aspirations, perhaps to own a home. But he laughed a wide laugh, then smiled as he answered.

“I want nothing for myself. I have everything I need. The only thing I want is for my children to get the studies they need. An education, it is everything. That is my main purpose in life. Who knows after that? I feel so bad because during the six years I was gone, their education suffered. I want to make sure they can have that now. Besides that? What else could I want?”

Church World Service helps refugees like Jacques with many things: relocation, integration into society, finding employment and housing, and sometimes helping to cover the legal fees to apply for asylum, immigration, and green cards.

Here’s how you can help:

*I am not an employee of CWS and any political or religious views expressed by me or the refugees I speak with do not necessarily reflect the views of CWS or its employees.

2 Replies to “Six Years Away From His Family – Jacques’ Story”