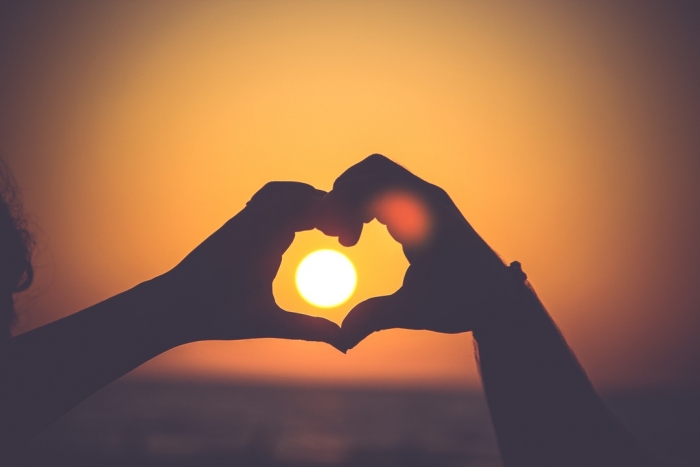 Winter is a strange time of year. One night you spend far too much time staring out the front window, watching the snow fall through the angular light. Less than a week later you’re driving thread-thin country roads, the fields white and heavy, the runoff wearing ruts everywhere. It’s life, I guess, the cold and the sun, the clouds and the blue.

When Maile and I drove out of the city to a birthing center for Maile’s first midwife appointment, the tension was all around us. A January day that felt like spring. But the tension was also inside us. There was the normal excitement of going to the first appointment for this baby. There was also apprehension, the memory of two prior pregnancies where the first appointment didn’t go so well: missing heartbeats, dark circles where a tiny baby should be, miscarried hope.

“It’s going to be fine,” I kept saying, and Maile kept nodding her head on autopilot.

“Is that my uterus?” Maile asked.

I glanced at the desk beside me, where Maile was looking, and there was an almost-life sized plastic model of a woman’s reproductive system. It was kind of strange, seeing it all there in 3D. It was rather…informative.

The midwife came in and asked all the normal questions. Yes, this would be baby number six. Yes, this was pregnancy number eight. No, we wouldn’t be taking another copy of the healthy baby book. We had a few extra copies at home.

“You look nervous,” she said.

“In that case, let’s find it right now,” the midwife said, smiling a kind smile.

I think the hardest places to hold on to hope are in those arenas where our hope keeps turning out fruitless. When we so desperately want a child, but the months keep coming and going. When we so badly want the cancer to vanish, but it keeps showing up somewhere else. When we keep coming around to the same submissions, the same proposals, the same promotions, and we keep getting passed over.

Even after our last miscarriage, we buried what remained in a small box, and on the lid of that box was the word hope. Even after my last long spell without work, we regathered ourselves and put one foot in front of the other, hoping things would turn around. Even after we lost our way, we kept hoping we could find that path again.

“And now these three remain: hope, faith, and love. And the greatest of these is love.”

Yes, perhaps love is the greatest, but hope came first, and I think that’s saying something. Sometimes, hope is all we have, but it makes a firm foundation for whatever is coming next. Or whatever is not coming next.

Maile climbed up on to the table, paper rustling, and the midwife pulled up her shirt, exposed Maile’s rounding belly. She put some gel on the little wand and pressed it down on her skin. We didn’t even have time to worry. We barely had time to wonder.

Thump, thump, thump: 159 of them per minute, life racing around inside of her. The occasional Thwamp! when baby kicked. It was like radio waves coming from a distant planet, an entirely separate universe, yet that universe was right there in the room with us.

“There it is,” the midwife said. “Baby’s heartbeat.”

Maile teared up. She looked over at me.

3 Replies to “Listening For a Heartbeat”