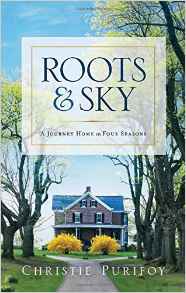 I could tell you the entire story starts in an underground bar in Philadelphia, one that smells of urine and marijuana. I could tell you that it started when we made our way down into the bowels of the city, graffiti on the walls, darkness dripping from the burned out, naked light bulbs.

But you all know me too well. You know my life is not nearly that exciting.

This is how the story really begins: My wife and I had gone with some friends to see one of my favorite bands, Over the Rhine. They were playing a Christmas concert in this unique venue in Philadelphia, a place I had never been before, a place called Underground Arts.

We waited outside in a rather long line to get in, and the rain started to fall. It was a cold, winter rain, the kind that makes you draw up your shoulders and wrinkle your eyes closed, the kind that has you inching close to complete strangers, trying to snag a small dry space under their umbrella. Finally the line started moving, and we shuffled up a few steps, through some large doors, and then, unexpectedly, down. I know – the place is called Underground Arts. I should have seen that one coming.

Down we went, down a winding set of stairs to the underbelly of Philadelphia. To be honest, I had never had much of a desire to see underground Philly. The above ground part is quite enough for me, thank you very much.

But Underground Arts was pretty awesome. We picked out our seats and had the added bonus of hearing Dom Flemons play the bones just before Over the Rhine started up. When I get the opportunity to hear Over the Rhine in person, it’s like being transported into another realm. Seriously. Their music is so beautiful, their lyrics so haunting, that I find myself in some kind of a trance.

But…what I wanted to tell you about came at the very end of the concert, just as Maile and I were making for the door. Our little guy Leo was only five months old at the time, and we needed to get back so Mai could give him his evening meal. As we began meandering through the crowd, someone tapped me on the shoulder.

“Are you Shawn Smucker?” a girl asked me.

Now, for a writer (unless you’re super spiritual or holy or have zero ego), that’s a fun moment, when a stranger knows who you are. Except this was no stranger – we had just never met in person before. It was Christie Purifoy, and we both wrote for the old and wonderful website Deeper Story, and we had both inexplicably ended up at the same Over the Rhine concert.

We spoke for just a few moments, but Mai and I had to run. I told Christie I’d invite her to the writers’ breakfast I had going on at the time, and after that it was back out into the cold rain, and the long drive home.

I did invite Christie to the writers’ breakfast, and she came, and it turns out she is one of the kindest human beings out there. She told us all about her book, only in its gestation at that point. This was one year ago. It was that period of time when authors talk about their books in hopeful tones, finding it hard to believe that these precious words might someday be bound up for everyone to see and hold.

This is that book. It comes out today. It’s called Roots and Sky, and it’s every bit as good as I expected it to be. If you like quiet memoirs, beautifully written, that pack a heavy punch, this book is for you.

When Christie Purifoy arrived at Maplehurst that September, she was heavily pregnant with both her fourth child and her dreams of creating a sanctuary that would be a fixed point in her busily spinning world. The sprawling Victorian farmhouse sitting atop a Pennsylvania hill held within its walls the possibility of a place where her family could grow, where friends could gather, and where Christie could finally grasp and hold the thing we all long for–home.

Check out Roots and Sky HERE. Thank me later.