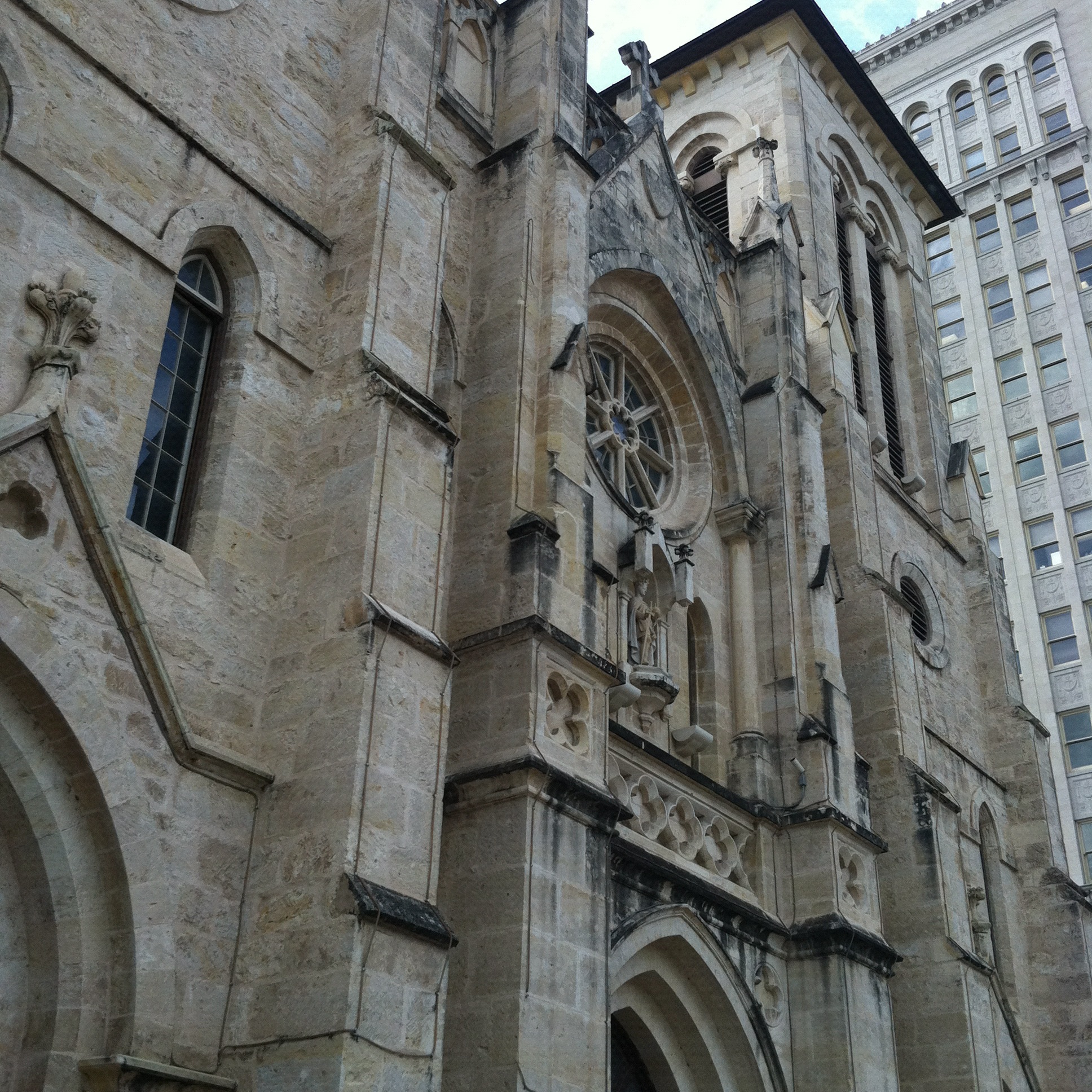 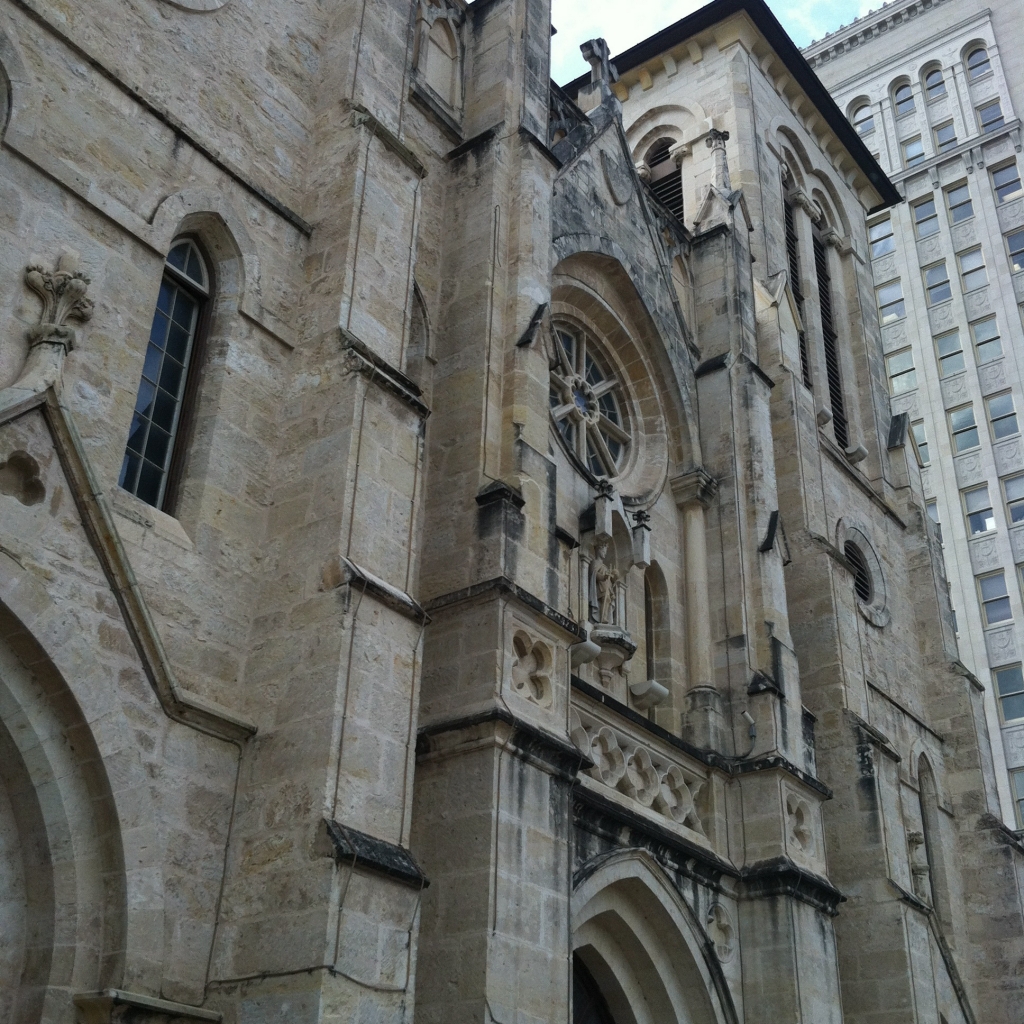 We walked into the basement of the church, all seven of us, and I couldn’t help but think that there’s something about the basement fellowship halls of churches that all smell the same. It’s not a bad smell. It’s just that as soon as we walked into that basement I was nine years old again going to Wednesday night church in Chester County, Pennsylvania.

It was our first night at Circles, and we stood on the edge of the crowd.

Circles exists to “address poverty by increasing the capacity of communities…to inspire and equip families and communities to thrive and resolve poverty.” It’s a system of circle leaders (participants) being surrounded by allies who help them to set and attain simple goals. Being there felt, in some ways, like an AA meeting. Acceptance and support dripped off the walls. The allies didn’t feel superior to the circle leaders. We were all there in our shared poverty, everyone offering support and love.

Last night was both the graduation of a handful of circle leaders as well as a time for new allies (my wife Maile was one of them) to begin the process of matching up with circle leaders for the coming year.

A young man there told his story. He had been in a rough spot, but this fall he’s starting college. A single mom talked about how she always made time for the Circles meetings even though she had to squeeze it in between raising her daughter and working two jobs. “Without Circles,” she said, “I have trouble sticking to the goals I set for myself. But now I have a better job, with benefits, and a nice apartment.”

I have to admit – it was an emotional experience, listening to the circle leaders as they described the progress they had made during the previous 20 weeks. I could tell it had been difficult. A long hard road to the top. But I could also see the pride in their eyes, and a determination to keep going, the kind of determination you only see in people who have recently experienced crucial victories.

My friend Erika Morrison, in her book Bandersnatch, shares an experience where a homeless drug addict spontaneously joins her family for her son’s birthday party.

Is befriending a homeless, child-abandoning druggie and showing love to her without insisting she change first a radical notion?

Shouldn’t you be putting your own children’s safety first?

Aren’t you just enabling her lifestyle?

She’s made her own bed; you should have left her to lie in it.

People like her are a waste of good, honest taxpayers’ money.

Make her get her act together and then be her friend.

These are some of the voices I have heard from a society that bolsters the assumption that people like Diamond are a boil on the butt of the general public, that she drags the rest of us down.

But what if we really believed that Diamond isn’t a deficit, but a necessary and vital link to the interlocking circle of contribution – not when she finally gets her act together (which might be never), but just as she is? Diamond didn’t need to be anyone or anything else than what she was in order to touch my actual soul and bring change to my heart.

Recently I’ve been challenged, both by Erika’s writing and then by going to Circles last night, to recognize my own poverty first. It’s too easy to see people who are obviously struggling and let barriers grow between me and them. But when I recognize my own poverty, it allows me to say, “Me, too” when I see poverty in someone else. and then we can move forward together.

Over and over I find myself praying the Jesus Prayer, not as a practice in self-deprecation, but as a reminder of my connectedness to everyone around me.

Lord Jesus Christ, son of God, have mercy on me, a sinner.

I decided to close down my Facebook and Twitter accounts in June (you can read more about that HERE), so this little space of mine depends entirely on you to spread the word. If you read something you enjoy, please share it.

Also, if you’d like to receive my twice-monthly newsletter (basically a few bonus blog posts every month plus information on upcoming books) you can sign up for that HERE.