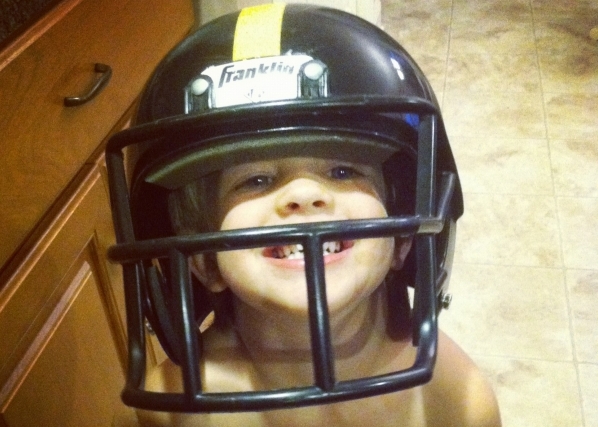 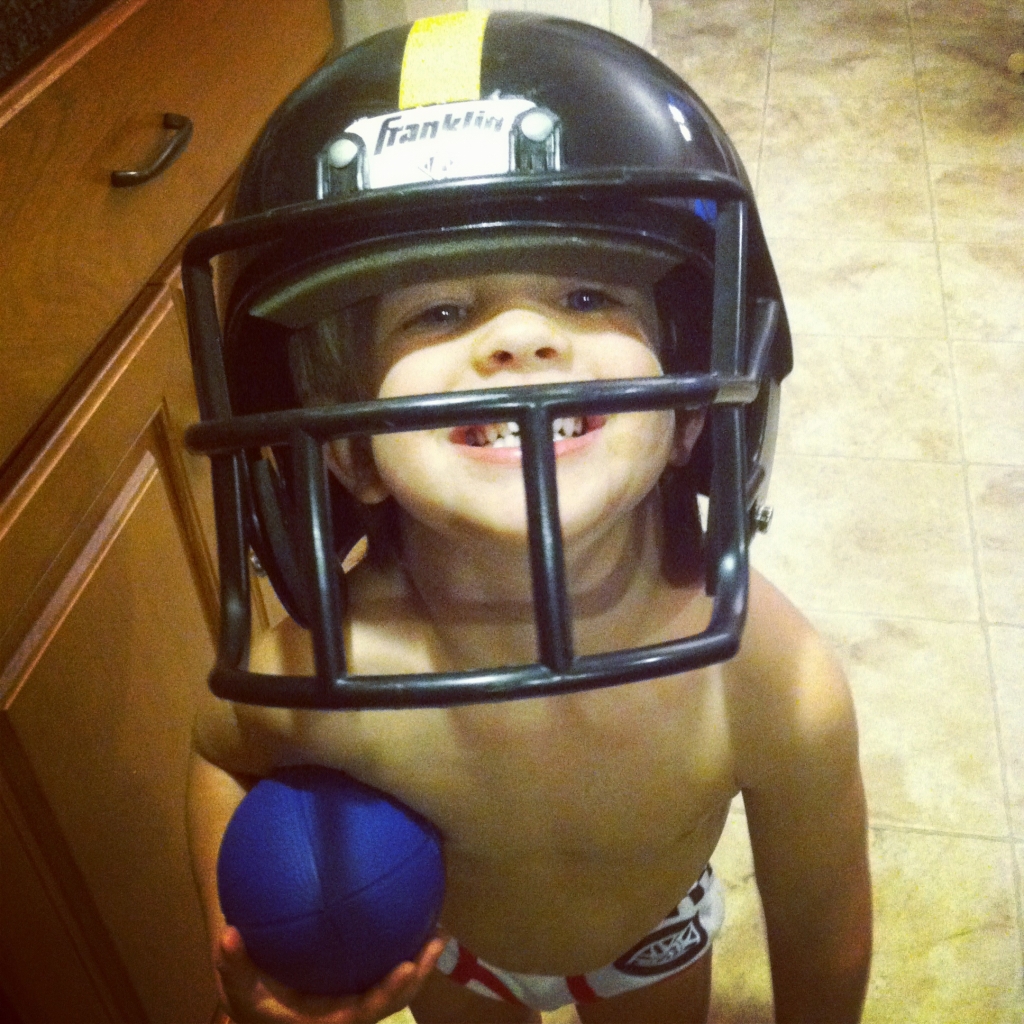 It was one of the saddest moments of my childhood, and it happened on a warm summer evening. I was laying on the sofa with my dad and we were watching baseball. He was tired from a long day at work and was drifting in and out of sleep. The air was muggy and warm. I don’t know where everyone else was in the house.

“When you were little, what did you want to be when you grew up?” I asked him, staring at his face, his closed eyes, his straight mouth. I probably thought he looked old. He was probably younger than I am now.

“Yeah?” he said in a sleepy voice.

“Really?” I asked. The thought of my father wanting to do something other than what he was doing upended me, as if I was on a boat and someone had pulled down on one side. The world tilted on its axis.

He nodded, somewhere between being awake and sleeping.

I’ve been thinking about my own conflicted past when it comes to sports, especially now that I have children old enough to want to play in some of our local community leagues. On the one hand, I love sports. I feel like sports taught me a lot about myself, a lot about perseverance and teamwork and pushing beyond surface levels of comfort. When I had to run a five-minute mile or when I got benched or when I scored a goal – all of these things changed me, gave me insight.

I’m realizing with my oldest son right now, I have two major pitfalls when it comes to him playing sports.

First of all, I want to guard him from any disappointment. I know what it felt like to be the star of the team, and I know what it felt like to get cut, and I hated the latter. I find myself heading him off at the pass, discouraging him in subtle ways from trying certain sports or activities because I don’t want him to experience the disappointment of rejection. That’s not okay. If there’s something he wants to do, I want him to try – the possibility of failure will always be there, and I want him to come to grips with that now, when he’s young. Fail and learn about yourself and try again and fail and learn more and  try again. That’s life.

Second of all, I take his performance way too personally. I went through some challenging times playing sports, especially in college, where I got upset about not playing as much as I thought I should. Now, when he gets pulled to the sideline, I feel my blood pressure rising. It’s like I’m back there again, getting pulled off the field, or on the sideline waiting to play. I have to separate my playing experience from his playing experience.

This article put things into perspective: The Only Six Words Parents Need to Say to their Kids About Sports (Or Any Other Performance).

Here’s the spoiler. The six words we need to say to our kids?

“I love to watch you play.”

On that summer night when I had the saddest realization, Dad fell asleep for good, and I was left staring at the television, watching Major League players live out their dream. I was heartbroken, because that’s exactly what I wanted to be when I grew up, and to think that my dad had wanted it as badly as I wanted it and hadn’t made it…I felt so sad for him in that moment. I didn’t move. I stayed there and watched the rest of the game, his arm draped over me, his steady breathing like a metronome behind me.

I think we bond together in our common failures more than we do in our uncommon successes. Maybe that’s what I have to look forward to with my son, even in his failures. We’ll get through it together, and we’ll be closer because of it. We’ll walk off a field someday, or a court, or away from a recital, and he’ll know his time in that activity has come to an end, and I’ll remember that feeling, what it felt like when something I enjoyed was over.

Maybe that will be what bonds us together. I’m okay with that.

In the mean time, I’m going to encourage him to try the things he wants to try, and when he comes off the field my first words will not be suggestions for improvement or a list of things he needs to work on. I want to always say,

“I love to watch you play.”

3 Replies to “One of the Saddest Moments of My Childhood (or, My Conflicted Relationship With Sports)”