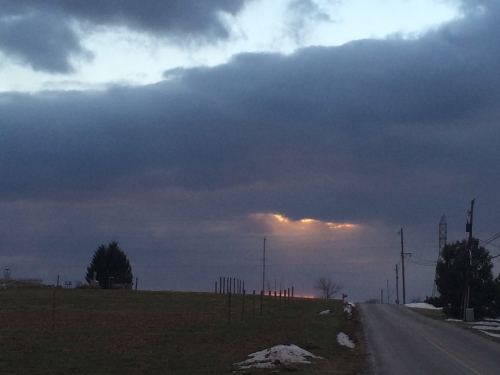 I think it’s time for me to get over a major fear.

Fear is a peculiar thing – it gives you, among other things, huge blind spots. It closes off entire areas of life. Once you allow fear to send you on a detour, it’s easy to forget about the area fear led you away from. Soon, if fear is allowed to complete its work, you won’t even remember the thing you’re afraid of – you’ll just sort of naturally navigate in the opposite direction.

In the last few months I stumbled upon an old fear of mine: I am afraid of letting people read my fiction.

I went to Turkey sixteen months ago to write about a man who was dying of liver and colon cancer. When I landed in that country, we knew that without a miracle he would die very soon. I met with him for three weeks in January, wrote his book in February and March, and the book released in July, the same month that he passed away.

In April, after I finished writing his story, I found myself thinking a lot about my own mortality. After spending three weeks chatting almost every day with a dying man (he was only 50 years old), I was struggling with the idea of my own death. I didn’t want to die. I was desperate to avoid it.

One of those April nights, as we all sat around the dinner table, my children asked if I would write a book for them. I had always wanted to write a children’s book, but one that also appealed to adults, so we sat there at the dinner table and brainstormed ideas for the story. Long after the food had grown cold, I grilled them with questions, and they gave me ideas.

Then I spent April and May and part of June writing this novel about a boy who loses his mother but refuses to accept it. It is a fantastical story about an old woman and two opposing forces and the Tree of Life.

The funny thing was, I didn’t realize at the time that I was writing out my own struggle with death. To me, it was simply a story. But when I finished, and I stepped back, I realized so much of what I had been wrestling with was there, in the pages.

I spent a few weeks reading the book to my children, sitting in our white chair as they crowded at my feet. I promised them I would self-publish it for them to read.

Then I closed the doc on my computer, and it’s been sitting in my Scrivener file for about a year.

I’ve had more writing work in the last year than I’ve ever had in the last five years. I’ve been blessed to be part of some incredible stories.

But I also know that I’ve been hiding behind this busy-ness. I use the books I write for other people to avoid rejection. In some ways, I hide behind those stories.

Then the other day, Cade asked me a question.

“Dad, when are you going to publish that story you wrote for us? You promised, you know.”

I promised him I would have it in book form by Christmas.

So there you go. By Christmas, this book of fiction will be in print (you can hear me talk about this a little bit on Bryan Allain’s podcast, The Schnoz Cast). I’ve got someone reading through it now, someone who will hopefully help me shape it a little better. I might do a Kickstarter campaign in the fall to help cover some of the costs and gather a small tribe behind the launch, so keep your eyes open for that. I figure if I can sell 100 copies in advance, I should be able to cover design and editing costs.

I guess the most freeing part of it is no longer caring if it’s any good or not. I mean, that’s not entirely true, I’ll still care, but at some point I think you have to move forward, no matter the consequences, no matter how rough the finished product still feels. At some point you have to say, “This is what I have to offer, this is the best that I can do, so you can take it or leave it.”

I guess for now the only other thing I have to say is, “Stay tuned.”

What are you afraid of?

9 Replies to “My Biggest Fear, and an Exciting Announcement (For Me, Anyway)”