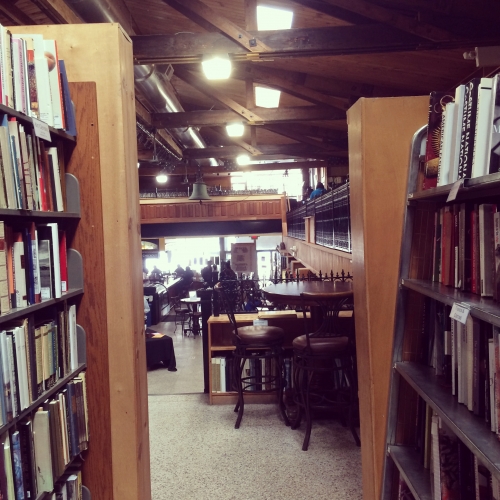 As I pull back from various aspects of my life where I used to shout, “Look at me! Look at me!”, those areas are filled with a kind of silence, a silence that very gently transforms into the voice of God whispering, “Here I am.”

There is initially a sense of loss when we choose obscurity over self-promotion, a sense of regret coupled with anxiety as we watch others build their kingdoms larger than ours. The ego is clamoring for its own survival. The ego is worried that it will be annihilated. It becomes a small animal, scratching and clawing for attention, for life, for recognition. But the more we diminish and the longer we allow ourselves to travel down this peaceful path into obscurity, the calmer the ego becomes.

Fame and recognition are like drugs, and when we deny ourselves these temporary ecstacies, the ego experiences the pain of withdrawal. But then, after the tremors and the emotional vomiting, the begging and the anxiety, comes something unexpected.

It’s a wonderful freedom, those first few days after your self has come to peaceful terms with the idea that fame is not the goal. The world around you seems more calm and less frenetic. The critical voices in your mind recede because the things they are criticizing about you (your lack of popularity, your lack of wealth, your lack of accomplishments) no longer bear such weight. Those “crucial” beams you once thought were load-bearing turned out to be inconsequential, and in their absence, space opens up.

I found that, for myself, diminishing has allowed me to focus on the voice reminding me that “You are God’s beloved.” When I spend less time worried about what I am accomplishing, accomplishments become less important, and I can see with clarity, perhaps for the first time, that (as Henri Nouwen says), my identity is not found in what I do, what people say about me, or what I own.

My identity is this: I am God’s beloved.

6 Replies to “How to Find Peace in a Noisy World”