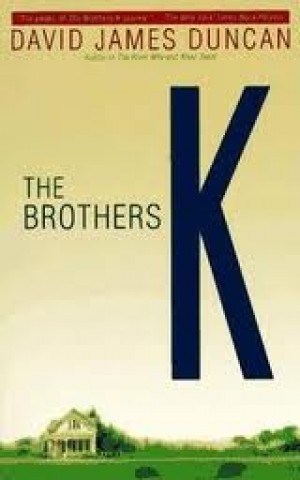 Due to intense pressure by one Jennifer Luitwieler, here are my top ten favorite novels. This list is always subject to change, depending on the day or the mood I’m in (all except the top three, which are always the first three books I mention as my favorites no matter the day or mood):

“I’m writing this in part to tell you that if you ever wonder what you’ve done in your life, and everyone does wonder sooner or later, you have been God’s grace to me, a miracle, something more than a miracle. You may not remember me very well at all, and it may seem to you to be no great thing to have been the good child of an old man in a shabby little town you will no doubt leave behind. If only I had the words to tell you.”

8) All the Pretty Horses Cormac McCarthy

“She looked up at him and her face was pale and austere in the uplight and her eyes lost in their darkly shadowed hollows save only for the glint of them and he could see her throat move in the light and he saw in her face and in her figure something he’d not seen before and the name of that thing was sorrow.”

“Anyway, I keep picturing all these little kids playing some game in this big field of rye and all. Thousands of little kids, and nobody’s around – nobody big, I mean – except me. And I’m standing on the edge of some crazy cliff. What I have to do, I have to catch everybody if they start to go over the cliff – I mean if they’re running and they don’t look where they’re going I have to come out from somewhere and catch them. That’s all I do all day. I’d just be the catcher in the rye and all. I know it’s crazy, but that’s the only thing I’d really like to be.”

6) Lord of the Rings JRR Tolkien

“I consider books to be good for our health, and also our spirits, and they help us to become poets or scientists, to understand the stars or else to discover them deep within the aspirations of certain characters, those who sometimes, on certain evenings, escape from the pages and walk among us humans, perhaps the most human of us all.”

“I wonder if ever again Americans can have that experience of returning to a home place so intimately known, profoundly felt, deeply loved, and absolutely submitted to? It is not quite true that you can’t go home again. I have done it, coming back here. But it gets less likely. We have had too many divorces, we have consumed too much transportation, we have lived too shallowly in too many places.”

“–I truly and deeply wanted to kill him. And I believe I could have done it, with nothing but my hands. But all of a sudden, out of nowhere, Peter had an arm around me. “Let it go, Kade,” he was whispering very gently, though his arm was nearly crushing me. “Open your fists,” he said, “and let go of the coals.”

“There is more beauty in truth, even if it is a dreadful beauty. The storytellers at the city gate twist life so that it looks sweet to the lazy and the stupid and the weak, and this only strengthens their infirmities and teaches nothing, cures nothing, nor does it let the heart soar.”

“When someone you love dies, and you’re not expecting it, you don’t lose her all at once; you lose her in pieces over a long time — the way the mail stops coming, and her scent fades from the pillows and even from the clothes in her closet and drawers. Gradually, you accumulate the parts of her that are gone. Just when the day comes — when there’s a particular missing part that overwhelms you with the feeling that she’s gone, forever — there comes another day, and another specifically missing part.”

I’m still trying to decide what to make of the scarcity of women author’s on my list. Am I a male chauvinist? Is it that, relatively speaking, many fewer women than men were published during the years when most of my favorite books were written (due to lack of privilege, not lack of talent)? As a man am I drawn more to the way men tell stories? I encountered most of these books in high school or college – was I simply presented with an overwhelming number of books written by men? I don’t know. It has me thinking.

Have you read any of these? What’s your favorite novel of all time? Your top three? Top ten?