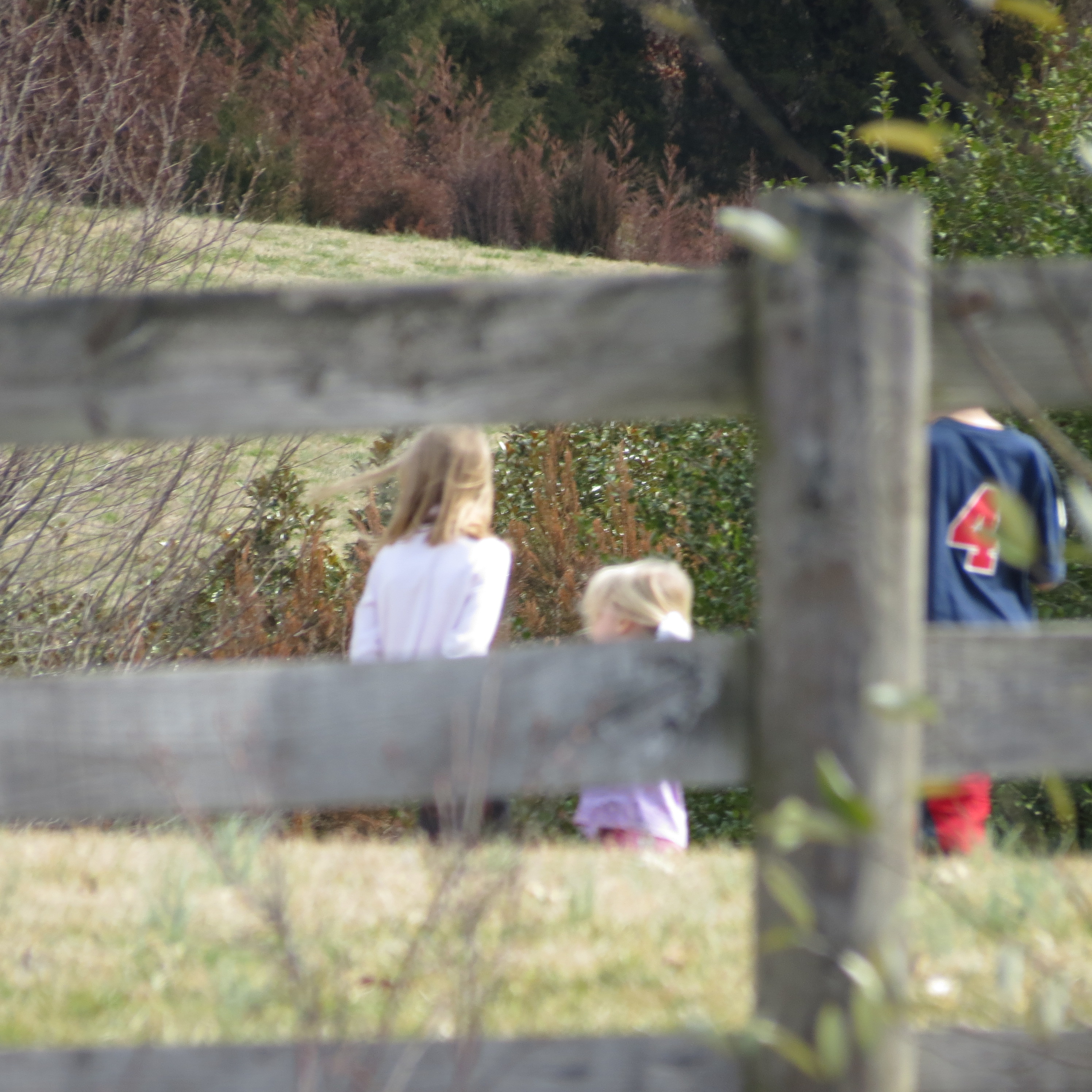 The bus pulled lazily along the bottom edge of the valley, leaving behind the estate and the slave graveyard and two people who suddenly felt very much like family: Andi and her father Woody.

Just the night before, Abra and Sammy had run across the room and leaped up into Woody’s arms, he had built a fire so that they could roast marshmallows, and on that very morning, as we had slept, he had placed a connected hose beside the bus so that I could fill up the fresh water tank. Then, as we prepared the bus for departure, he had taken the kids, one by one, on a tractor ride, during which it was impossible to decide who enjoyed themselves more: Woody or the children.

But that was behind us. To the left of the stone drive: thick woods and a steep hill, an introduction to the rolling land of Bremo Bluff. To the right, and the south, lay an often-traveled train track, then a wide expanse of marshy flatness, then a tree-covered incline. The bus protested as we pulled out on to Route 15, but soon enough we were rolling.

When the time gets right
I’m gonna pick you up
And take you far away
From trouble my love
Under a big old sky
Out in a field of green
There’s gotta be something
Left for us to believe
– Tom Petty, “King’s Highway”

The hills grew shallower towards Appomattox, or at least they seemed to, as if someone had pulled on both sides of an unruly sheet. The fields were a golden tan, looked like harvest seven months early, but the naked trees gave them away. Nearly 147 years ago, General Robert E. Lee signed surrender documents in that county after realizing his forces were hopelessly outnumbered.

If I didn’t know its history, would I still think those hills exuded a somber hue, the taste of a proud resignation? I sensed little defeat there – rather, it felt like the epicenter of some new kind of unity.

North Carolina welcomed us with heavy winds, a spitting rain, and a sudden drop in temperature. The kids grew antsy as we reached, and then exceeded, our longest drive to date, around 300 miles. And Maile and I spent a long time talking about our future after this trip, where our lives are headed, where we might end up.

There’s a dream I keep having
Where my mama comes to me
And kneels down over by the window
And says a prayer for me
I got my own way of prayin’
But everyone’s begun
With a southern accent
Where I come from
– Tom Petty, “Southern Accent”