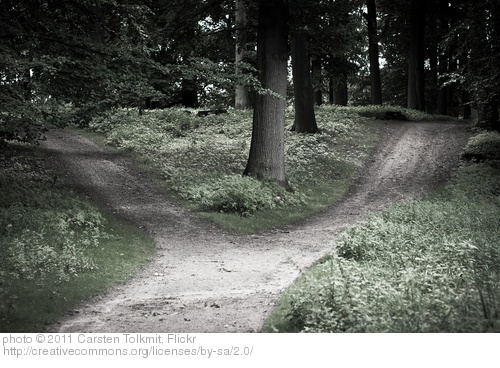 Maile and I came home from our four-year stint in England bruised and battered. I didn’t know it at the time, but I was burned out from working too many hours for too many years under too much stress. A business that just didn’t quite take off, adjusting to a new culture, being away from home, employees stealing from us: the cumulative affect of those years was like a layer of barnacles on an old ship. Problem is, when they were scraped away, there wasn’t anything left of me.

I walked around like a purposeless zombie. I found myself staring off into the distance for long periods of time.

We lived with my parents during our transition (a recurring theme in my life). Money was running out. I was due to start a new business in the spring, but that was five months away. We had two small children, ages 3 and 2. Even worse, our marriage was straining under the weight of two unhappy, unsettled people.

Then I got the call: a friend of mine had lined up a logistics job for me in New Orleans, helping with the Hurricane Katrina relief effort. I would get paid to arrange hotel rooms for relief teams, schedule equipment comings and goings, that sort of thing. The pay was great, I think around $5,000 a month. To us, at that point, it was a fortune.

But there was a catch – the job would be for 30 days a month. No coming home. No seeing Maile and the kids. For three months. We looked warily at each other after receiving this news – we needed the money. But could the fragile thread that was our relationship survive the free weight of three months apart?

In a last ditch effort at finding God or saving our marriage or perhaps simply trying to do what was right, we said no. I found a part-time job painting houses. We lived in a continual gloom of depression in my parent’s basement, waiting for the spring.

But only a few weeks after making the decision not to take the money, I got a call from my aunt. She wanted to have breakfast. I remember pulling up outside the restaurant on a very gray not-quite-winter’s day. Mist. That’s all I remember: mist.

It was nice catching up. The restaurant bustled. Then she got a peculiar look on her face.

“Shawn! Someone just approached me about writing my life story. You’re a writer!”

I nodded. I liked to write. That was true.

“You should write a chapter and I’ll send it to my agent. You could write my story!”

A few weeks later we met. I interviewed her. We sent it to the agent. He sent it to a publisher. They liked it. I would write her book.

I often think back on my first book. Sometimes the thrill of fear fills me when I think about how close I had come to giving up a life as a writer for $15,000. If I would have taken that logistics job, would I ever have written my first book, the one that led to the second book, the third book? It gave me the connections I needed to slowly build this writer’s life.

I think we chase money too often. I think we believe the lies it tells us, that it brings security and love and happiness. A better life.

Soon after all of this happened, I started to think everyone should leave their jobs. Just get out while you can! Jump overboard! But when I look back at my journey, it was a four-year process of leaning (not leaping).

But there’s one thing I do know: if you make all the major decisions in your life based on money, there is a ceiling to what you can achieve. There are things that money never tells you:

It’s just a bunch of numbers.

It makes a lousy compass.

And, once you start trying to accumulate it, you can never have enough.