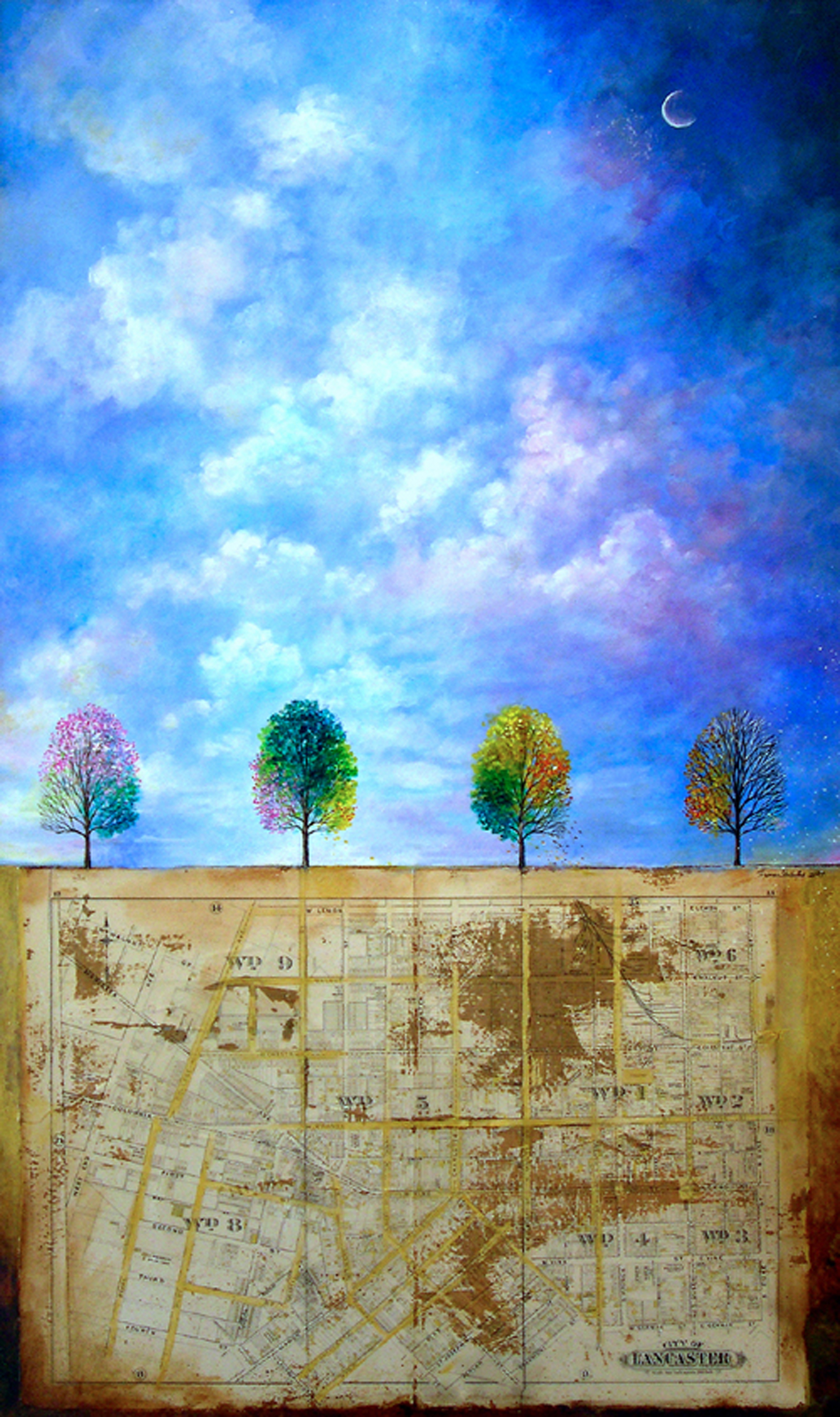 Recently I’ve had a few people ask me what I’ve been up to since moving back to Pennsylvania. I wrote a lot about the circumstances that brought us back here, and I explained that I was going to try to write for a living, but I kind of ended it at that.

Well, here are the projects that I’m working on, in no particular order:

1 – One project I’ve really enjoyed is a family history book compiling as many stories as I could from my Amish heritage, going all the way back to 16th-century Germany, following Nicholas Stoltzfus to the new world, and then looking creatively at the twists and turns that led to my existence. It includes a journal written by my great-great grandfather Amos King that covers three years of his life, from 1895 – 1897. The entire book is about 75,000 words, and I hope to self-publish it in the next few months.

(I’m really excited because the artist Freiman Stoltzfus has agreed to let me use one of his paintings for the cover, a portion of which makes up today’s picture in the upper right).

2 – “And Then We Danced” is a true story about the marriage of Mike and Fi Lusby. The chapters alternate, memoir-style, so that one chapter is told from the husband’s perspective, and the next is told from the wife’s perspective. The book begins with their childhoods (which for Mike involved growing up in an alcoholic home, and Fi grew up in an Amish-Mennonite home) and is told right up to the present day. This self-published book will be about 40,000 words and we hope to have it available in early December.

3 – “Bullet in the Brain” is the tentative title for a book I’m writing about a Navy SEAL. He took part in the Panama invasion in 1989 and was shot in the thigh and in the head, and was subsequently put in the expectant area – otherwise known as the dead pile. Completely lucid but unable to move or speak, he lay there watching people walk by, trying to get their attention.

The battle scene is intense, and his journey to recovery is a fascinating story full of heartache and perseverance. I hope to have this 55,000-word first draft completed by the end of October, at which point we will be seeking representation from a literary agent. If you or any agents you know are interested in finding out more about this story, please contact me.

4 – Earlier this year I wrote a book with a local business person. It is in early draft form and the timeline for publication is uncertain.

5 – Last year I wrote a book with Lily Isaacs, a country-gospel/bluegrass musician. Both of her parents survived the holocaust, and she’s a Jewish girl from New York City who sang folk rock until she met her hillbilly husband and started traveling to churches singing bluegrass. The last that I heard, this book is being considered by a few different publishers, but to be honest I’ve been kind of busy and lost track of that one. Lily, where are you? What’s going on?

6 – I finished the first draft of my very first novel!!! I’m excited to begin the revision process and haven’t decided yet if I’ll pursue an agent or self-publish in ebook form. Either way, I love the story and can’t wait to share more about it with you all very soon.

Tell us about your current project or newly published book in the comments below – go ahead, promote away!