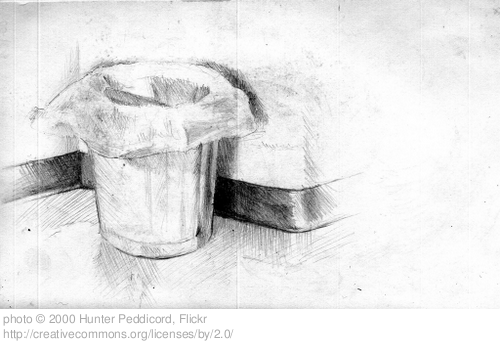 Ever have days where you feel like everything you’ve ever written is terrible or (even worse) simply average?

John Steinbeck did. Referring to a writing session during the creation of East of Eden, he wrote:

“It is just no good and I am going to throw it away. I haven’t had many bust days but this has been calamitous from the start. Also I am not going to worry Elaine about it. She has a million things to do. And I’m not going to worry myself about it either. It is just a loss. Maybe I can pick it up next week. That means two days will be lost this week. It may take me quite a bit to pick it up but maybe the rest will do me good. I’m going to try it anyway. I’m not going to worry about it but I wish I could know what caused it. Went to bed early last night, read happily, slept happily. Got up early and suddenly felt terrible – just terrible. Fought that off and was drained dry. Then I forced the work and it was as false and labored and foolish as anything I have ever seen. I tried to kid myself that it only seemed bad but it really was bad. So out it goes. And what do you suppose could have caused it? I just don’t know. There seem to be dead places in a man…”  (Steinbeck, Journal of a Novel: The East of Eden Letters, 71)

Some days it gives me a great deal of relief to know that the writing greats had bad days. Here are three things I learned from Steinbeck about how to deal with those times when you feel off your game:

1) Own up to it – There’s really no use pretending. I know when something I’ve written is a complete waste of time. Admitting it is the first step in effective revision…or effective deletion.

2) Throw it out –Not enough can be said for revising – most writers simply don’t take revision seriously enough (those of you who note all the erros in my blog are nodding your head rapidly…I left that one in on puprose…that one two…okay, its getting old now). Seriously though, sometimes the best and most productive way to revise something is to delete it and start again.

3) Move on – You are not a terrible writer! Well, you might be a terrible writer, but you will get better! We all improve over time – that’s the single best thing about being a writer. If today you feel like you are writing at level 1.1 out of 10, keep writing and soon you’ll be at level. 1.101. It’s inevitable. So move on from your bad days and keep writing.

John is so generous, taking time out of his busy afterlife to mentor us.

What did you learn from his bad day in the office?