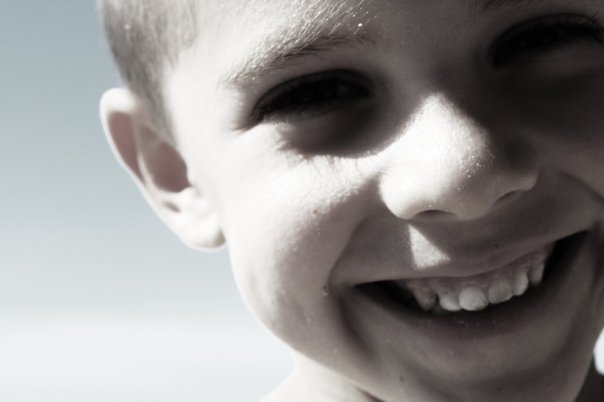 I have an eight-year-old son now. He’s skinny, like I was. He’s (mostly) gentle, a rule follower, and he prefers playing with Legos by himself in his bedroom and please stay out unless you are offering food.

Check, check and check – just like I used to be.

I remember late on Saturday afternoons, when I was his age, I would hear my dad shouting out of the farmhouse. His voice moved like a ripple. I scrambled toward the house as fast as I could, grabbed the shovel from its corner in the smallest barn and ran to the tilled portion of the garden. I flipped over huge clods of dirt and filled a plastic cup with the enormous worms that tried to dance out of my grasp. Such a strange sensation of life, those writhing strings.

We walked down towards the church across the street, through the parking lot (glittering with monkey’s gold), past the hide-and-seek graveyard. We slid down the steep bank, grabbing at trees to slow our descent. Dad carried the worms. I carried the fishing pole.

There, under the shadow of a large oak tree, I learned to cast sideways so the hook wouldn’t catch in the low branches (that’s not to say numerous bobbers weren’t hanging from the leaves like red and white lighthouses). I learned to watch the water closely. I felt the difference between the lively tug of a fish (like an electric shock) and the unyielding pull of an underwater branch (disappointment made tangible).

Mostly I learned to sit quietly beside my dad and wait.

I remember one day we caught a carp so big my dad ran home to get a five-gallon bucket – we filled it with water, put the fish in it, then walked around to our neighbors’ houses (my grandma, my uncle and aunt, our landlord) so I could show it off. It was an ugly thing, completely un-eatable, but also completely huge and completely mine. We walked back down and returned it to the creek – it swam away, bearing a fish story none of its friends would ever believe.

It seems absurd to me that my dad’s primary concern ever would have been making sure that I believed certain things about him: his exact height, for instance, or how far he could throw a baseball. Now that I’m a dad, I know there are aspects of me that I want my own son to believe in: how much I care for him, or how concerned I am that he find joy and peace and love. But these are not facts that I can expect him to memorize. These are characteristics of mine that my son will only ever truly learn by having a relationship with me.

Theology has its place, but it is no substitute for time spent waiting under an oak tree.