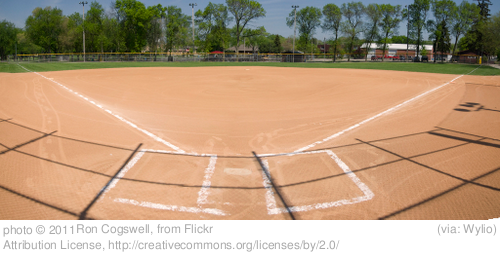 I was about 8 years old and felt very jittery about our first little league opponent: Weiler’s Garage. They wore green jerseys with yellow pinstripes on their baseball pants, and green was the color of many gigantic things, such as The Incredible Hulk and Jolly the Green Giant.

Most of the players on that team also lived up in the mountain, and we all heard rumors about what went on there. People shot each other. Criminals hid at the shadowy ends of sinister looking driveways. Some of the mountain inhabitants even smoked unfiltered cigarettes and drank Budweiser.

We pulled into the small park surrounded by woods. Our team emerged from various vehicles and walked toward the ball field – our orange jerseys and hats made us look like miniature flames darting through the grass, threatening to engulf the entire mountain.

But our team sponsor, emblazoned on our shirts, instilled less fear: Lengacher’s Cheese. We were the quaint little cheese shop battling the giant, green monster that was Weiler’s Garage: what else could we expect but carnage?

I imagined the little eight and nine year olds of Weiler’s Garage showing up having just changed the oil in their tractors, grease and tobacco juice soiling their faces, hands calloused from turning wrenches. Meanwhile, my family lived on a farm that we didn’t even work, and the only thing I did was read book – my hands didn’t know what a callous felt like, at least not from the inside.

With astonishment I watched the formidable players of Weiler’s Garage arrive at their home field – they were kids, dressed just like us. Their shirts wouldn’t tuck in right and the wide brims of their hats made you wonder if perhaps their skulls had been removed, and they needed extra large ball caps to fit over all the gauze.

I pitched that game with three pitches: fastball, change-up (actually no different from the fastball) and a curve that spun and spun but never curved.

Only three batters in, I found myself in a predicament: a girl came up to bat, the very girl I had a crush on at the time. She had short black hair, and I’m pretty sure I had written her name, Ashley, in pen on the inside sole of my high-tops.

My problem was this: if she hit the ball, I would be humiliated. If I struck her out, she wouldn’t like me anymore. Confused, I reached back, pulled out my signature non-curving curve ball, and threw it as hard as I could. This is when I should mention two things: I was left-handed and she was a right-handed batter. Oh, and this: for the first time ever, the pitch curved.

In fact, I hit her with the pitch, right in the knuckles. She dropped her bat and looked at her hands as if she held an exotic butterfly of pain never seen before in the wild. Then a Weiler’s Garage dad (also surprisingly normal looking) walked her to one of the cars, glaring at me over his shoulder. Then she was gone, and I was left on the mound, my fiery orange shirt wrapping me in flames.

Ashley showed up to school the next day with two of her fingers in a splint. Apparently I had broken them, something which brought me not a little fame for a few short hours that day at Salisbury Elementary School. The girls glared at me. The boys stared in awe.

“He threw the ball so hard it broke her bones,” they murmured.

We started “going steady” shortly after that – apparently my curve ball had that affect on the ladies. I bought her a small toy and a jar of root beer barrels at my aunt’s candy stand for Christmas. We broke up when January’s snow still covered the cornfields.

Root beer barrels. Those things are gross. Why would I buy them for a girl for Christmas?

What’s the lamest Christmas gift you ever gave or received in your younger years?

10 Replies to “The Absurdity of Root Beer Barrels”