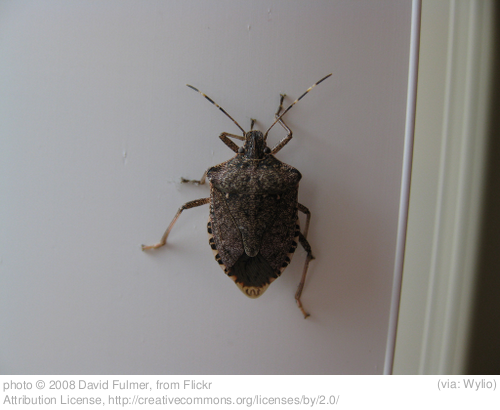 Bath time at our house is like bath time at the zoo. The boys take one bathroom, the girls take the other, and by the time everything is said and done you would think a tidal wave of suds had washed through the house. Seven-year-old Cade gets in the shower while two-year-old Sammy screams in the bath (not a big fan of getting clean). Lucy and Abra play peacefully in the other bathroom.

A few days ago I walked into the bathroom just after Cade had gotten out of the shower and was getting dressed.

I grabbed it, threw it into the toilet and sent it straight to that great warm light in the sky.

“Just grab it like that. You shouldn’t do that! Didn’t you hear about the people that got attacked by stink bugs in South America?”

“There was a stink bug attack in South America!” I could barely talk. I was laughing too hard on the inside.

“How did Jude hear about this?”

I don’t know if this was a group stinkbug effort, or one rogue bug taking out a human being. Whatever it was, consider yourselves warned.

For other “Stuff Cade Says” posts, check these out:
Poisonous Trees, Poisonous Apples and Heaven on Earth
Animals that Eat People
Stuff Cade Says #2 (in which he asks me if I’m going to breastfeed the baby…with my “knuckles”)