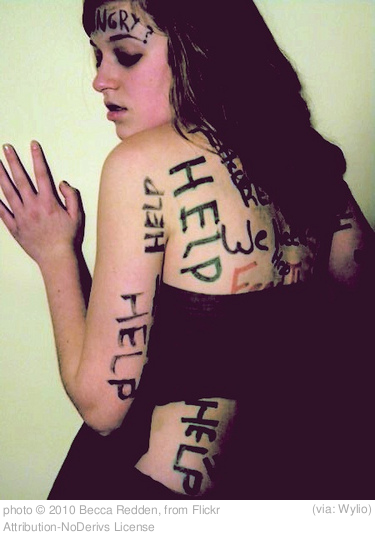 People passing by on the road ridiculed the man being executed. The soldiers laughed and gambled for his possessions. The criminals hanging on other crosses, dying their own deaths, even took time to scoff at him. The religious crowd joined in, taunting him.

“Save yourself! If you are really God’s son, come down off the cross!”

They must have really hated him. It’s one thing to get on someone’s case when their successful, or steal your parking spot. But to harangue a rabbi as he dies one of the most painful deaths known to mankind? That’s just low.

Find any person who has decided to follow this crucified man in his example of incarnation, death, resurrection and redemption, and ask them if they are saved – they’ll know exactly what you are talking about, and their answer will be “yes.”

“I’m saved.” Because that seems to be the point, these days. This ticket of salvation.

Unfortunately too many of us stop there. We stop at the “I’m saved” part and then grab a seat on the bench, instead of joining with this man who was crucified in the most rewarding aspect of his example: redemption. We’re happy about the incarnation part (that’s Christmas, so it means lots of presents); we’ve made the death part palatable, with chocolate Easter bunnies and even chocolate crosses; we’re all about the resurrection, because that gives us the ability to say, “I’m saved.”

When’s the last time we were intentional about redeeming something, someone, some situation? Redemption is hard work.

“Save yourself!” It seemed the common cry of everyone taunting the man being executed: passers-by, those who caused his conviction, his executioners, even his fellow criminals. “Save yourself!”

But he didn’t. He didn’t save himself, because he knew the part he played in the redemption.

If you follow this man, have you taken the bait – have you “saved yourself,” and then congratulated yourself on a choice well made, a new life found for yourself?

Or are you participating in the redemption? Are you seeking out what your part might be in redeeming the world?

I have friends who have started their own non-profits, just so that they can fight human trafficking in their cities.

I have friends who start micro-finance in third world countries.

I have family members adopting children from mothers who don’t want them, children who otherwise would enter a system from which few emerge undamaged.

What am I doing? What is my redemption story?

Don’t just save yourself. It’s not enough.

15 Replies to “When Being “Saved” Isn’t Enough”