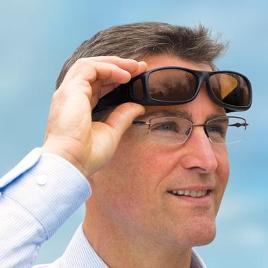 It’s been far too serious around here lately, so it’s time to return to the ever-popular…

1. Nuclear Weapons – We started by throwing stones. Then slingshots arrived. Then spears. Somewhere along the line, it became acceptable to have weapons that not only melt your enemy but destroy the entire earth. This doesn’t make sense to me.

2. End-of-the-World Predictions – Sorry Mr. Camping. Your contribution to this list is irrefutable.

3. CD Storage Towers – What a great invention…for about seven years. Now if you have one, you’re probably using it to hold little trinkets. Mine is in the garage – it’s a spider farm.

4. Animated Sharkbite and Raptor Hoodies – you have to see these to understand how ridiculous they look.

6. Eye Fatigue Fit-Over Glasses – that’s right, the sunglasses that fit over your eyeglasses. My grandmother had a pair of these that were so large she had to go sideways through doors.

7. Shake Weight – the reasons for this item making the list have been fully explored on Saturday Night Live. The Shake Weight has also been immortalized in this Tripp and Tyler video:

The shake weight makes its appearance in the first 1:30. Hilarious.

Do you own any of these and are brave enough to refute their inclusion? Any suggestions to add to the list?

By the way, if you are a Lost fan, head on over to Popcropolis and check out a guest post I did for them: Lost and the Art of Being Found.

13 Replies to “Tuesday’s Top 10: Worst Inventions of All Time”