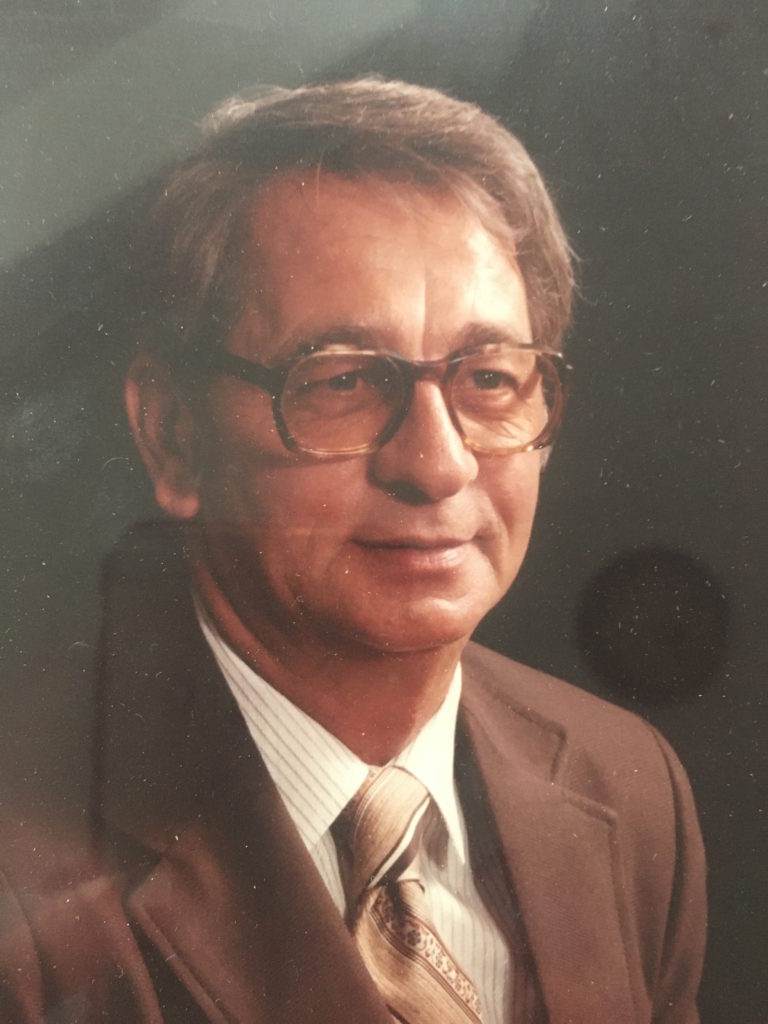 When I was seven
or eight or nine, my grandpa stretched out
on the sofa, straight as Jesus in the grave
and faced the ceiling, his head
perched on the armrest. He pulled
a small, black, brittle comb from his
front shirt pocket and paid me
twenty-five cents to run it through
his graying hair until his eyes closed.

I stared at his sun-tanned skin (dark
and wrinkled), his thick glasses that
magnified his tired eyes, his large ears
that sprang out from the side
of his head like seashells.

I’d never seen him hold so still, this man
who never stopped working, never stopped
moving. I wonder, now that I
am older, what dreams came to
him on those slow Sunday afternoons
while I pulled the comb softly through?
Dreams of a more successful life?
Dreams of enough money to stop
worrying? Or maybe dreams of
kidneys that weren’t failing him?
Perhaps dreams of having
more time, maybe ten
more years, maybe twenty? Enough time
to meet more
grandchildren or great-
grandchildren? He was 55
when I combed his hair, and only 61
on the morning he didn’t wake up.
My parents
are now 63.
I am
43.

I lay quietly on the sofa, still, eyes closed, as
if I am dead. Poppy opens her plastic
doctor’s case. She is three. “Open
up,” she says, placing
a pretend thermometer in my mouth.
“Hold still,” she chides, wrapping a velcro
blood pressure cuff around my hand.
“This will hurt a little,” she warns,
pushing the plastic shot
against the wrinkles on my wrist, those
timelines.

Demure, she packs her things away and looks
at me with a serious gaze, dark brown
eyes that seem to know it all. “You are
very sick,” she admits in a knowing
voice, “and you will be okay. But only
if you eat good food.”

She is her mother’s daughter.

She leaves the room and I lie there
listening to the sounds of Maile and the kids
in the kitchen, the banging of pots, the
dancing of silverware. I
hear the traffic going by on James Street.
I wonder, Are there ever enough years?
I wonder, Will I make it?
I wonder, What is a life?

In my pocket, a quarter, and I call my little
doctor back to my bedside. “This is for
you,” I say. “Thank you for saving me.” She
grins and runs for the kitchen, holding
the coin aloft, as if it is
a flame
as if it is
a dream
as if it is
a memory that she will remember
when she is 43.

3 Replies to “Playing Doctor With Time”