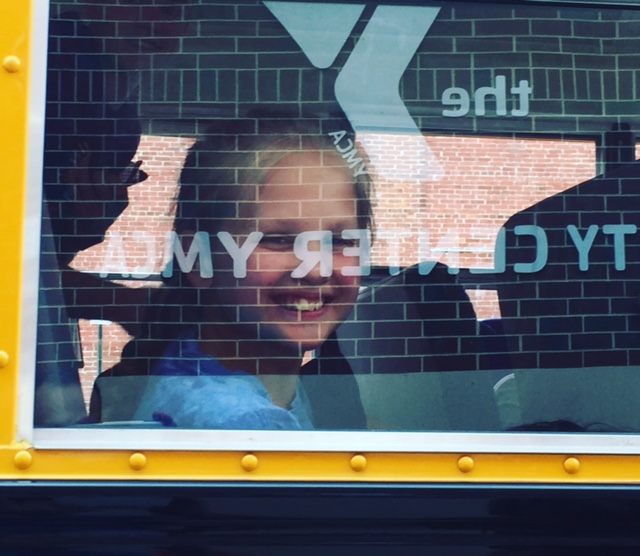 The earliest memory that I have of my father is this:

I was three or four years old and we lived in a ramshackle trailer in the middle of what felt like a deserted little part of the world: Laredo, Texas. My dad was 24 years old, only a kid himself. My sister was two, toddling around. My dad made up a game for him and me to play in the trailer. I hiked him a foam football – it barely fit between my legs – and he would call out a play.

If he called play number one, I went long, into the linoleum-floor kitchen, between the table and the sink. If he called play number two, it meant a short route, turn and catch. Three meant hook left, four meant hook right. That’s all I remember: the two of us playing football in the living room of a mobile home, me running routes over and over again. There were lizards and roaches everywhere. The neighborhood pool was unusable, full of snakes. Everything was tan and the sky was a glaring light blue and I was terrified of the fire ants that marched along the cracks in the cement slab outside our front door.

Now that I’m older, I have to wonder what my dad was thinking about while he threw football with me. Was he considering the church where he had just become a pastor? Was he wondering why in the world he had left the northeast for that dust bowl? Was he overjoyed at having his own church? Was he worried about how he’d pay for rent and food for a family of four?

I don’t know. I can only guess. Maybe I’ll ask him, see if he remembers. All I know is that I was three or four years old, my bare feet running routes on the shag carpet, the cool linoleum. There was the feel of the football settling in my arms, and the chest-inflating pride whenever my dad smiled, said, “Nice catch!”

This week we dropped off Abra at the Y a few blocks from our house. We signed some papers and watched as she boarded a yellow bus, on her way to a week-long summer camp. I felt my throat constrict as I tried to say good-bye. I tried to say something to Maile but then I didn’t because I felt the tears catching.

I know in my head that we will say good-bye to each of our children, one by one, but I never knew it in my heart until Sunday afternoon at 2pm, when she gave me a cursory side hug and took those tall steps up into the yellow bus.

And it was Father’s Day, so of course I thought of my dad, how he pulled to the side of the road and cried on the way home after dropping me off at Messiah College, when I was 18 and he was four years younger than I am now. I thought of what that will be like, when our kids leave our house, one by one, for good. There is an emptiness now, with Abra away. I feel like I’m constantly waiting for something.

The hardest part of writing my upcoming novel, Light from Distant Stars, was working through the main character’s relationship with his father, because, well, it was pretty lousy. Unlike the relationship I have with my dad. Sure, there were similarities – there was the baseball that connected them, the fact that the dad was a pastor, and … well, that’s pretty much it.

But there was one other similarity, because this novel is really, at its heart, a novel about how kids and parents lose each other at some point in life, and then spend the rest of their life trying to find each other (or not). When I left for college, things changed, and then I got married and moved away for ten years, and I think I’ve now spent the rest of my life growing closer to my dad again.

But this is what I loved about writing Light from Distant Stars: the idea that children and parents can somehow rediscover each other, all those years later, even after the most difficult of circumstances. Even after someone has died.

Anyway, a belated Happy Father’s Day to you, and I hope that if you’re still trying to rediscover one or both of your parents, that it happens for you. Keep searching.

While I was writing Light from Distant Stars, I kept a daily journal that I would write in prior to working on the novel. In it I talked about the difficulties I was facing, what I was trying to write, and just sort of my general process. If you preorder the novel now, I’ll email you the 51-page journal. Find out how to get it HERE.