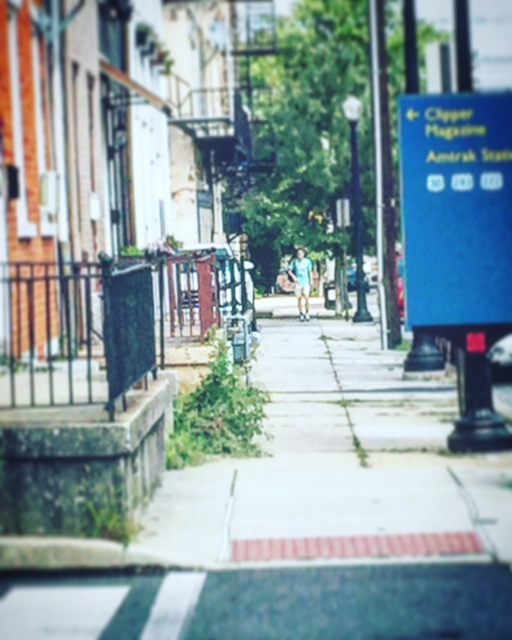 I sat on the porch in the afternoon and the air was heavy and the sun glared off the barber shop glass. Only a few people walked by, and those who did were weighed down by August. It’s a sullen month, a reluctant month. Even the cars eased their way through the heat, sweating, sighing. I stood and paced, sat back down, stood up and leaned over the iron rails, peered down the street as far as I could see. I sat back down.

My oldest son was coming home from high school, the kid who first made me a dad. My wife has homeschooled him for the last ten years, and it was his first day in public school since kindergarten.

The words from the parable of the prodigal son came to me, dropping into my mind from some long-ago Sunday School class: “When he was still a long way off, his father saw him…” I have never thought of it before, but I wonder now, if the father was in the habit of watching for the arrival of his youngest son. I wonder if he knew the highest points of his property and if he wandered to those places late in the day, staring far off down the road, looking for the old familiar gait, the way his son walked with his head down, the way he swung his arms. I wonder if the father watched until the sun set, and even after that, when he couldn’t see through the dark but would only stand there, staring.

And there is God, always waiting for us, merciful, gracious, hoping for our return. If not today, someday. If not at this time, sometime.

While he was still a long way off, I saw him, his lime green shirt, his wild hair, his long, thin, newly-grown-up body that no longer fits in his twin bed. I hopped down the porch stairs, skipping a step, suddenly light, suddenly forgetting August. I walked fast over the cracked cement, the back alley that cuts our block in two, and there he was, crossing Queen, and when I met him I wrapped him in a bear hug, pushed him away, looked into his face, clapped him on the shoulder.

“Look at you,” I said, staring into his face, because he was different, grown, no longer mine, not entirely. We raise these children as best we can, and at some point we send them into the world a gift, taking, we hope, the best of us with them. There is a letting go, and if we don’t allow it to happen, our fingers will tear them, bruise them in the holding. But when we do let them go, what a marvelous and terrible departure! You won’t see another thing like it.

“Look at you,” I said again, laughing out loud.

Will our children ever realize how long we would wait for them?