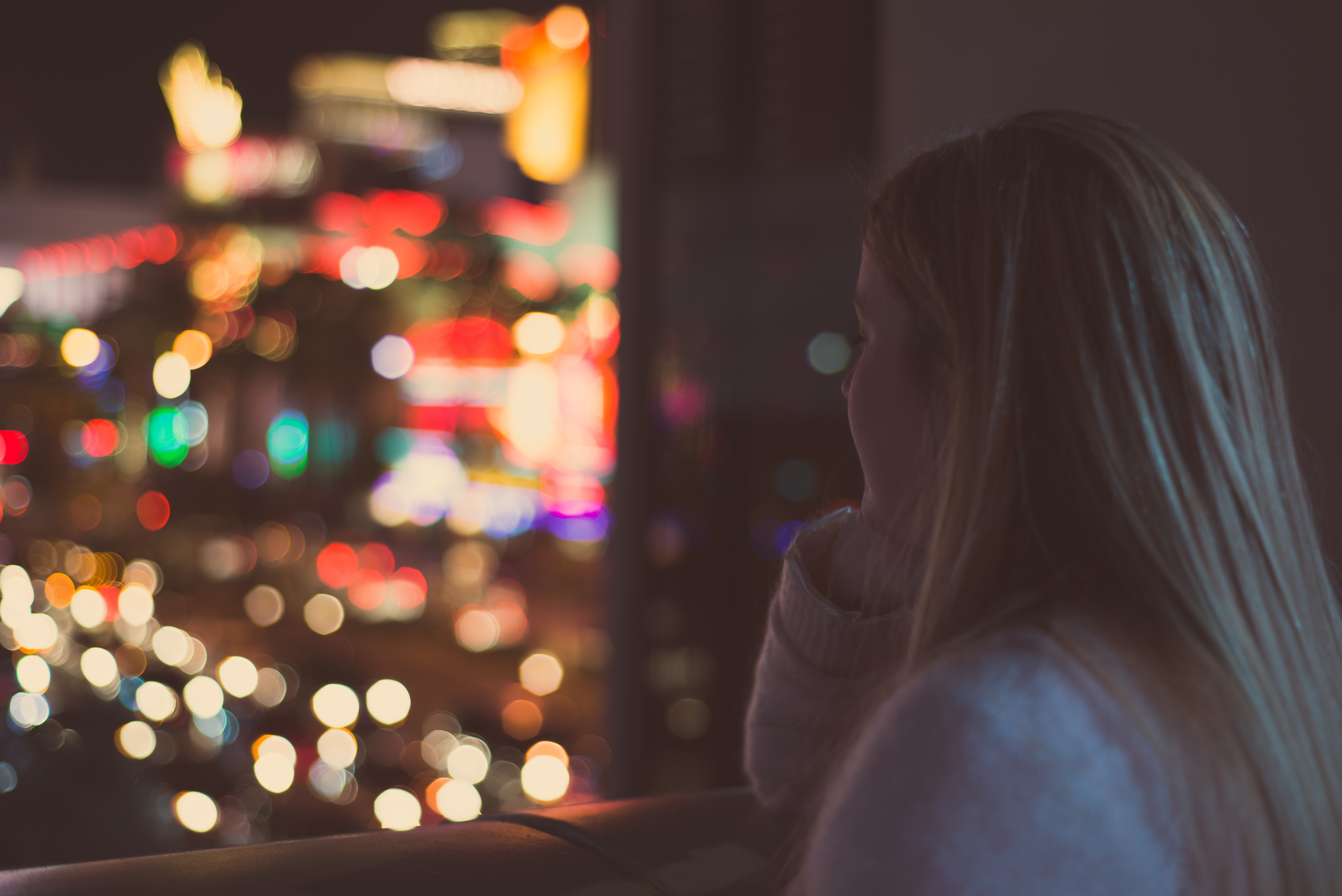 She gets into the backseat of my car, a tiny thing, with limbs the wind might blow away. She is smiling and has had too much to drink but something about her seems unfamiliar with it. I wouldn’t be surprised if she held her hand out in front of her face and, with fascination in her eyes, started reaching for invisible things.

“Did you have a good night?” I ask, smiling.

“Oh, yes…Very…wonderful.” She says her words slowly, deliberately, as if spelling each one in her mind before speaking it. “I’m moving. West…Next week…Girlfriends took me out…for a drink.”

“I drew…I drew…” she pauses, takes a breath. She is frustrated with her inability to speak. “I…grew…up in Philadelphia.” She smiles, happy to have gotten the sentence out successfully. “But next week my boyfriend and I move west…to Colorado.”

She stares out the window again, the city lights strobing on her face as we drive under them. I decide to give her some peace. But she starts up again, stuttering her way through explaining what she’ll be doing, what her boyfriend will be doing, how fortuitous it all was, landing jobs so quickly in the same city, finding a place.

I drive her to a dark neighborhood outside of the city, one of those sprawling neighborhoods of three-level apartment buildings with insufficient lighting.

“Here’s good,” she mumbles, and I let her out. I’m relieved. She looks like she might be sick. She doesn’t say good-bye or thank you – she’s very much focused on her feet – and I watch as she goes down the sidewalk. I make sure she gets through her door.

I guess we are all coming and going, all of us, here and there. It’s nice to think that we, even as strangers, can watch out for each other, from time to time.

3 Replies to “The Girl Who Couldn’t Speak #RideshareConfessional”