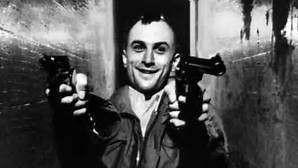 This happened a few weeks ago. I drove someone west, out of Lancaster, picked up my next customer and drove them a little further west, and ended with a call north of that, somewhere along the Susquehanna River. By then, I had no idea where I was. I pulled into a train station that looked deserted. I circled the parking lot once before spotting a man sitting alone on a bench. A misty rain had begun to fall. It was cold, and after midnight. The place was empty. It all felt rather strange.

He crawled into the car, swearing quietly under his breath about the weather. His destination was thirty minutes away, which was good and bad. Good, because that’s a nice fare. Bad, because, well, it was after midnight, his destination was in the opposite direction from my house, and I’d have about an hour drive home after I dropped him off. But there we went, driving north, into the cold and the rain that fell harder, and the darkness.

He was very eccentric. He told me about the five children he had with three different ladies, repeating that fact over and over again, then marveled at the fact that I have six children who share the same mother. He explained his job to me, how part of it was traveling home on his own dime from faraway destinations, how he used to drive a taxi in a previous life. Then he asked me a question that caused an eerie feeling to settle into my stomach.

“Did you ever see the movie Taxi Driver with Robert De Niro?” he asked at one point.

“It’s about a crazy taxi driver who ends up killing everyone,” he said, chuckling to himself, leaning up in between the front seats to tell me more. I was suddenly very aware of the man’s hot breath, the sound of phlegm in his throat.

There I was, in the middle of absolute nowhere, driving someone who seemed a little off kilter and was suddenly asking me if I saw the movie of the crazy taxi driver who killed people, oh and by the way he used to be a taxi driver.

I dropped him off at his truck which was parked on a side street in the middle of nowhere. The rain let up for a moment. He smiled and got out.