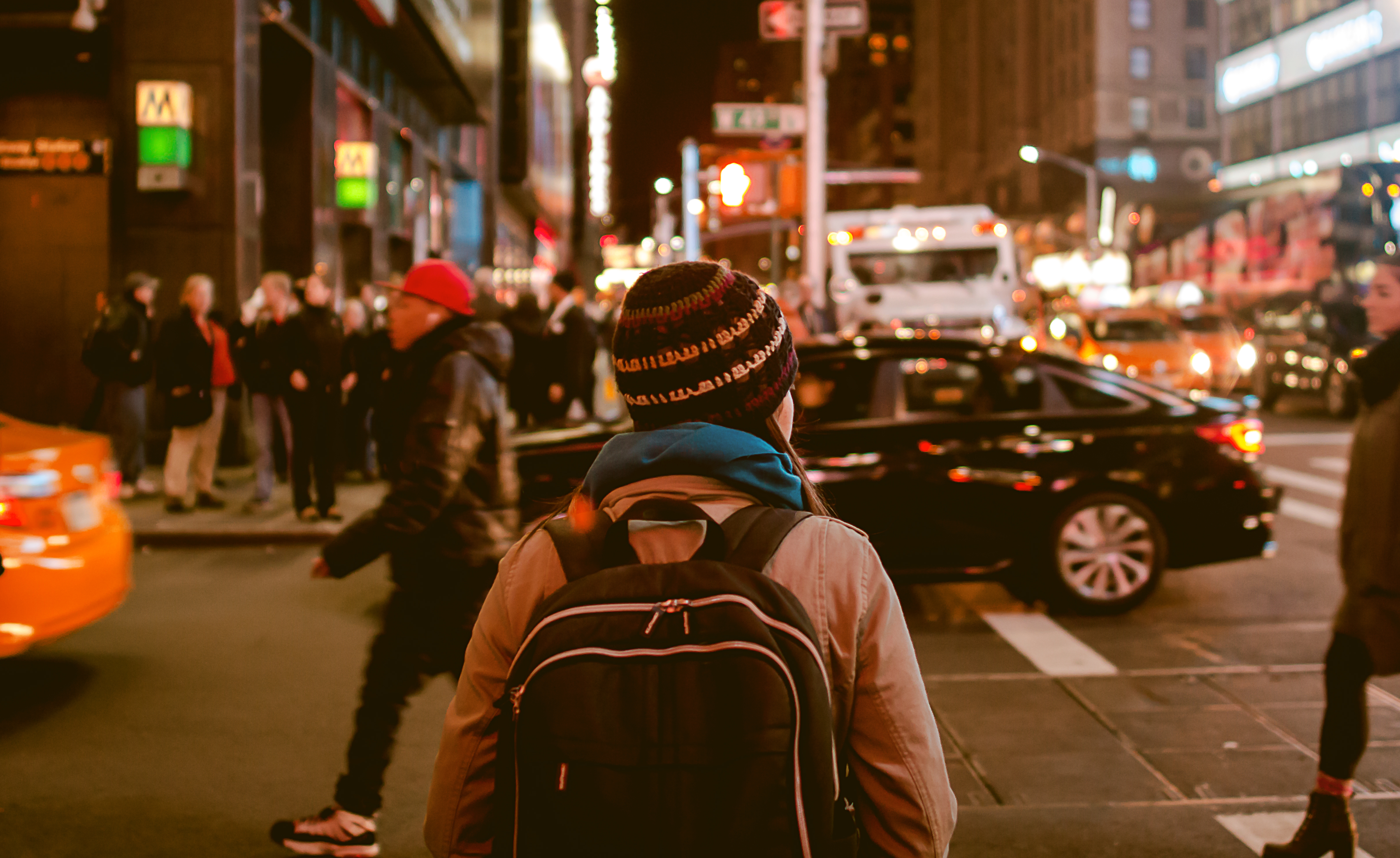 Sometimes when I’m driving in Philadelphia, it can be difficult to find a customer, especially during rush hour when there are thousands of people on the sidewalks and impatient cars behind you. It’s a busy place, and that’s part of what makes driving there enjoyable, but it can also be challenging.

Driving at night, the contrast is striking. Sometimes, when the weather is bad, there might not be anyone on that very same street that, just a few hours before, was heaving with people. I can drive a ten-block stretch without seeing another human. It’s a strange feeling, at night, in a city that large, when you feel like you’re the only person there.

So, anyway, I got this call on Friday night and it was bitterly cold and snow flurries came and went through the street lights. I got a call in one of the university districts, but there was only one problem. The person had called for an Uber when they were in the middle of the building, so her ping was in the center of the block on my screen, making it hard to know where to pick her up. I circled once, then parked up and called her.

We had trouble orienting each other to our own surroundings, but eventually I found her. The wind kicked up and rushed into the car when she crawled into the back seat. She was only going a few minutes away. We apologized to each other for the hassle. She had an accent, but I couldn’t place it, so I asked her where she was from.

“Iran,” she said quickly, as if she didn’t want to dwell on it.

“Wow,” I said. “Can you go home from college during breaks, with the situation being what it is?”

“I can’t risk it,” she said quietly. “If I leave, I might not be able to come back in. I have one year left, so I’m almost finished.”

“Wow,” I said again, thinking of how I’d feel if one of my kids was in college, stranded in another country. “Do you miss your family?”

We talked about what she was studying, how she liked the city. And then, in a blink, we were at her stop.

“Thank you,” she whispered. And for a moment I thought that was the last thing she was going to say. But it wasn’t.

“It doesn’t usually feel that way,” she said, again in a quiet voice. Then she climbed out into the cold and walked through the dark to her apartment.