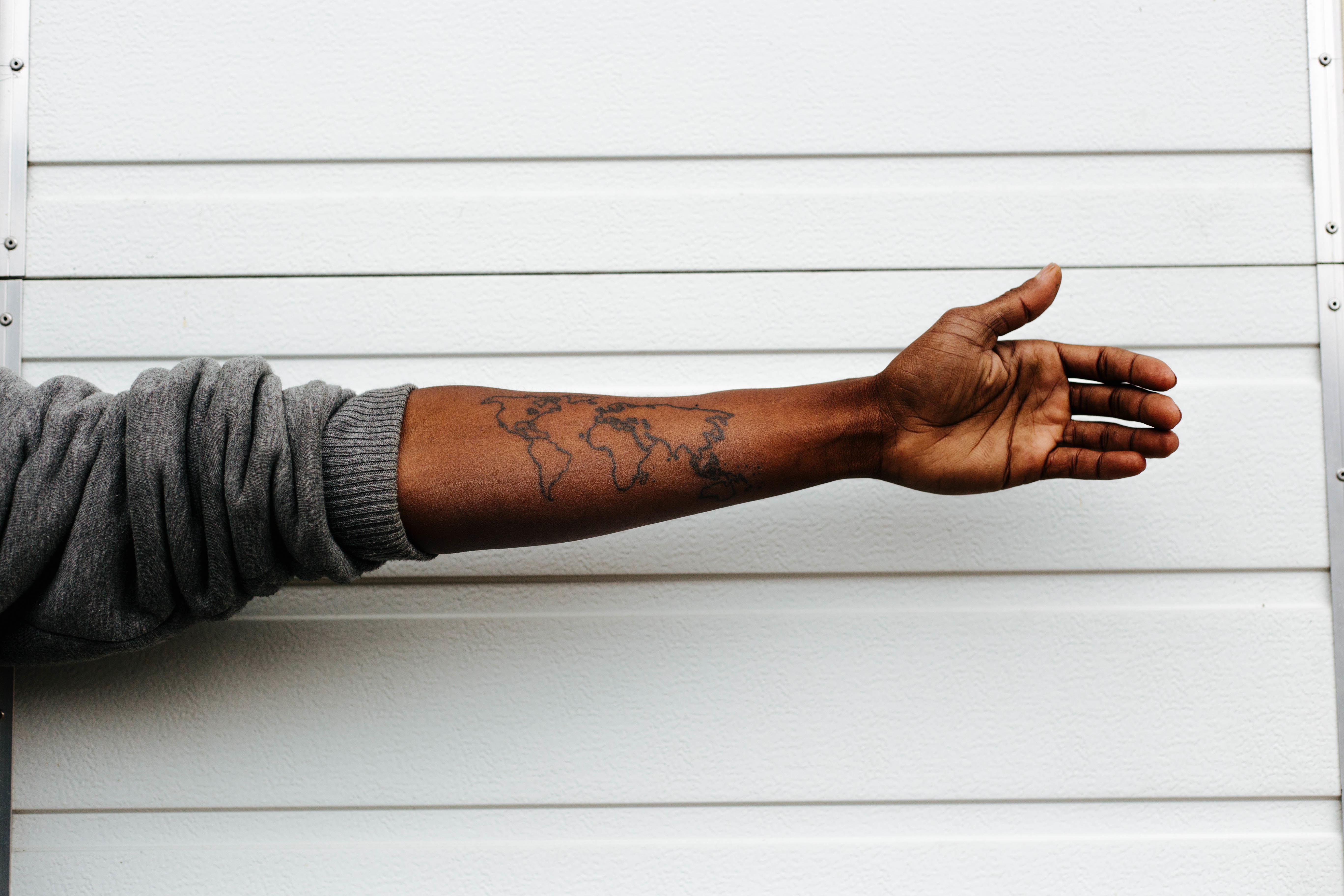 I woke up thinking I could really use a sunny day, what with all the craziness in the world and the lack of sleep due to an overabundance of small children in the house, but the bright white lines between the shades fooled me. I opened them to find a very bright yet cloudy sky. No luck.

I drove a couple who whispered to each other the entire ride, and a young business man whose hair was exquisitely in place, not a single strand rebelling. The sky was still gray, with a spitting rain and wind that chased trash cans down city streets.

I picked a girl up behind the gym, at a small tattoo parlor. She came out nursing her arm, as if it was broken. She told me she is joining the Marines, or at least that’s the plan, so she has to have a tattoo removed from her forearm and wrist.

“That doesn’t sound pleasant,” I said.

She told me when her brother joined the Marines, he had a large tattoo that wasn’t in a place you are allowed to have tattoos as a Marine, but he removed it himself. With lemon (or lime, I can’t remember) and salt.

I winced. She shrugged.

I dropped her off in the city, and again it looked like the sun might come out. There were touches of blue along the horizon, above the buildings.

I picked up a girl from where she worked just outside the city. She was kind and had lots of piercings. The sun had not come out.

“I don’t hate it,” she said, and then she laughed this joyous laugh, as if she knew she was the craziest person on the planet and didn’t care in the least. That laugh! I realized that if we listen to people laugh, we can find a touch of sunshine there. It’s not exactly like the real thing, but on days like these, with boiling clouds gathering at the horizon, with far away sheets of rain falling on distant fields, it will have to do.