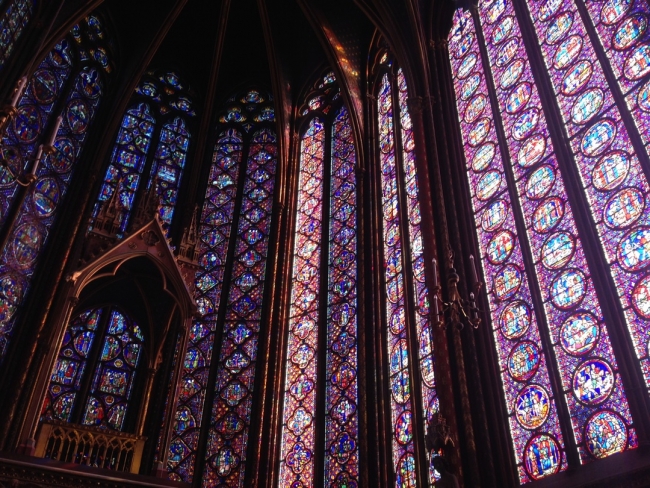 If you could hang out with anyone living or dead, who would it be?

Interesting question, isn’t it? Of course, if you’re a Christian, there is the tiniest smidgen of guilt if you don’t immediately answer “Jesus,” right? Because what kind of a Christian wouldn’t choose to hang out with Jesus? That’s a lot of pressure.

But not tonight. Tonight I’ve got someone very specific in mind, living or dead, who I would choose to hang out with. Tonight, as I write this in a quiet house over a container of peanut butter and chocolate ice cream, there is one person I would like to spend time with more than any other person I can think of.

He hasn’t written any famous books or blog posts. He didn’t play professional sports or lead a nation or start a trendy non-profit. He didn’t possess the power or wealth that so quickly draws our attention these days.

His name is Gordie Miller. He was a real, flesh-and-blood saint, living right here among us, and he died on Tuesday.

I often stood at the back of our church in the early days of 2011. I was feeling spiritually restless, smack dab in the middle of some transformational experiences (in other words, hard times). I would take my kids to Sunday School and I’d try, I’d really try, to settle into the church service. But my insides felt twitchy and out-of-sorts, so just about every Sunday during that time I’d go to the back and stand there. I guess I could take my medicine standing better than I could sitting down.

Gordie, meanwhile, was about four or five years into his ALS diagnosis. When he was able to come to church, when he wasn’t battling pneumonia or trying to avoid getting the flu, he parked his wheelchair in the back, not too far from where I stood. He could barely talk anymore, though he’d try. He could still drive his own wheelchair back then. He’d smile when he saw me, though I suppose I shouldn’t read too much into that because he smiled at just about everyone. That’s just the kind of person he was.

I wrote the following about Gordie almost five years ago, after standing beside him at the back of the church one Sunday morning:

I want to be as courageous as Gordie. I want to have as much perseverance as he does. But sometimes I just feel scared and weak. Sometimes I want to hang out by the emergency exit doors in case I need to make a quick getaway…from faith, from community, from life.

But if there’s anything I’ve learned from Gordie, it’s that anyone can get through anything. I’ve learned the value of listening, of looking at everyone through kind eyes. Mostly I’ve learned that you don’t have to speak to change people’s lives.

When I grow up, I want to be like Gordie.

When Gordie was first diagnosed, I often wondered how long he could fight off that demonic disease. Along with everyone else, I prayed for a miracle while watching ALS steal one piece of him after another. It was a slow-motion death, as tedious and heart-breaking as they come.

When Gordie was first diagnosed, I wondered how long he had. But then people died unexpectedly, people we loved, and it was like something woke up inside of us. Gordie had been given a death sentence, yet he was outliving people. How was this possible?

I don’t know that it ever occurred to me as clearly as it did in those days, watching Gordie unexpectedly outlive people. I realized Gordie wasn’t the only one dying. All of us were.

All of us are.

That doesn’t have to be a depressing thought. The unavoidable nature of our mortality doesn’t have to fill us with dread or worry. We will all die. We are, all of us, dying, passing away.

But our mortality should cause more than a few questions to rise up inside of us. Questions about eternity, questions about our life, here and now. Perhaps the main question we must all consider is this:

How will I live, now that I recognize I am dying?

The answer comes easy for me, thanks to a brave man who showed us all how to live. I’m talking about Gordie Miller. I want to live like Gordie. I want to see the world through those kind eyes. Should my world crumble around me, I want to go on smiling. I want to love my sons and daughters the way he loved his boys and his daughters-in-law. I want to love my wife well.

More than that: I want to embrace silence. I want to listen. I want to be present for those around me.

This is what Gordie showed me.

One of my favorite passages in scripture is Revelations 22:1-2.

Then he showed me a river of the water of life, clear as crystal, coming from the throne of God and of the Lamb, in the middle of its street. On either side of the river was the tree of life, bearing twelve kinds of fruit, yielding its fruit every month; and the leaves of the tree were for the healing of the nations.

That’s why Gordie, of anyone who has ever lived, is the person I’d want to hang out with right now. I can picture him sitting there at the base of the tree of life, tuning his guitar, maybe nodding a hello and smiling to new arrivals as they walk past. It’s quiet and there’s a warm breeze. He stares at his hands and flexes his fingers, now working perfectly.

Amazing, he thinks to himself.

He takes a bite out of a piece of fruit from the tree of life, the one growing on both sides of the river. He is sitting on leaves that have drifted down from the tree, the leaves that are there to heal the nations.

He takes a deep breath and sings a few lines quietly, to himself, breaking in a voice he hasn’t used properly for years. He closes his eyes.

And the song he sings to himself, the notes he is playing? Right now? That’s what I want to hear. That’s where I want to be.