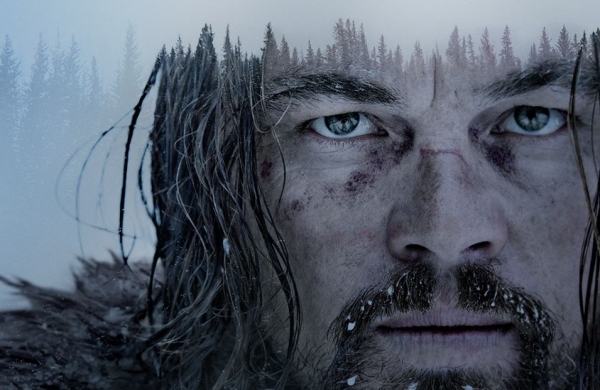 My friend Jake summed up my thoughts perfectly with those four words as we left the theater after seeing the movie, The Revenant. What he meant was, all that blood, all that violence, all that determination, all those miles crossed, all that intensity, all of that sacrifice…for what, exactly?

All that for that.

Four of my buddies and I grabbed 35-cent wings at The Brickyard before heading over to see the movie, The Revenant, on Tuesday night. We had all seen the previews. We heard stories of Leonardo DiCaprio’s method acting, eating raw buffalo organs and swimming freezing rivers. We went in excited, ready to be amazed.

The cinematography was incredible. The scenery, the creative shots: everything was stunning. There was a depth to the portrayal of the Native Americans that I’ve not experienced before in a movie. And I’m not sure I’ve ever seen anything as intense as this one – it’s right up there with the opening scenes of Saving Private Ryan. From moment one, you are in it.

The bear attack scene drags on uncomfortably long, but somehow in a way that makes sense. I felt like I was there, lying under the beast. I feel like I know what it’s like to be attacked by a bear. The constant setbacks seem insurmountable. This movie is not for the faint of heart.

DiCaprio and Hardy were masterful.

But most importantly, the desire for revenge is palpable throughout. You get the sense that the main character, Hugh Glass, is not surviving on his strength as a human being as much as he is on his hatred. He writes the following wherever he can, scratches it into wood and stone and ice:

There are hundreds of miles to be crossed. Rivers in the way. Mountains. This is the first thing we learn: there is an unnatural strength found hidden in the desire for revenge.

Towards the end of the film, in the climactic scene, Fitzgerald says to Glass something along the lines of,

You’ve come all this way to get your revenge, but it won’t ever bring your son back.

This is the main question the movie leaves behind like a sour aftertaste:

Is it worth it? Can revenge give us what we want?

Don’t get me wrong – if someone had done to me what was done to Glass in this movie, I probably would have crawled over mountains and floated down icy rivers and ran my horse over a cliff to administer my own vigilante justice. I may have sought revenge with as much determination as he did.

Even in all of that, even in my ability to understand why he did what he did, the questions still remain,

Is it worth it? Can revenge give us what we want?

Thus the four words of my friend, Jake.

Have you seen The Revenant? Any thoughts?

2 Replies to “All That For That: Some Thoughts On the Movie, The Revenant (Spoilers)”