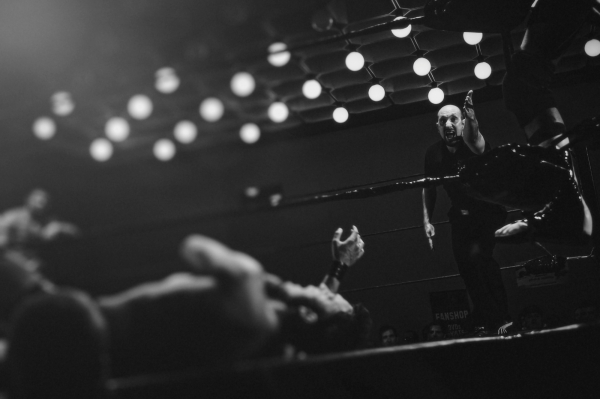 Recently someone in my Facebook timeline posted a particularly strong opinion regarding gun control, then went to bed. By the time he woke up the next morning, he discovered that two people he knew had traded arguments and insults in a thread of over 100 comments.

It often seems that we as a world population are more sharply divided than ever. Post an opinion you have on Facebook, anything from the best burger joint to the reason there are so many shootings in this country, and within moments you’ll probably have people vehemently arguing for and against. Some will support you silently with a “like” while others block the post. Some will sing your praises and others will compare you to dog feces.

This is especially true with the hot-button issues of the day: Donald Trump, Syrian refugees, shootings, ISIS, abortion, gay marriage, politics. Never before have we had the forum, and felt so free, to disagree, insult, or take issue with the opinions of people we don’t know and will never meet.

The fractures between us seem to be widening.

About a month ago I started getting involved with a refugee organization here in the city of Lancaster called Church World Service. They help refugees arriving in central PA get acclimated to life in a new country. I asked them if I could help tell the stories of the individuals they were helping, they said yes, and off we went.

A few weeks later, the shooting took place in Paris. Suddenly I realized that many of my friends were against the continued reception of Syrian refugees. I had spent the previous few weeks hearing stories and meeting these hardworking refugees, and my friends didn’t want more of them to come to the US.

I couldn’t imagine why someone would have the position. I got into a few back-and-forths on Facebook regarding why Christians, of all people, should be helping refugees, no matter the eventual outcome. I felt my insides getting more and more agitated, sort of the way you feel when you start walking across the beach and realize after ten steps that the sand is actually burning your feet.

My initial reaction? Unfollow. Unfriend. Block. I was struggling with the proposition of reading opinions that were diametrically opposed to the things I cared so much about. I wanted to eliminate the source of anxiety.

If anything, this is where social media has become so destructive. It gives us the forum to share our beliefs and opinions without apology, and then it offers us the option of erasing those we disagree with. Before we know it, our online world is nothing more than a group of people affirming our deeply held beliefs and opinions, something that only serves to more deeply entrench us in our positions and alienate us from those who think differently.

Look, I know it’s stressful/annoying/tedious to realize people you know and love are ignorant/stupid/misinformed (or maybe smarter than you).

But we need you to stop alienating yourself from people who disagree with you. Here’s why:

1 – If you are right, if the opinion you have is so correct and righteous and true, then why are you getting upset? You need to stay friends with the idiots, if only in the hope that at some point they will start to see the sense you are making. This will probably not happen on Facebook, but it might. I’ve changed my mind on a lot of things in the last five years, mostly because I became friends with people online and started to recognize the validity of their beliefs.

2 – If you are wrong (and I know that is probably impossible to imagine at this point), then you are the idiot, and hopefully something they say someday will click with you.

3 – If you are both right and wrong in different ways (and I suspect this to be the usual case), then perhaps your opinions and beliefs, by getting together and hanging out a little with the opinions and beliefs of others, can procreate into some third, new, transformative way of viewing the world. Wouldn’t that be impressive? Wouldn’t that be fun?

Next time we’ll talk about why it’s important to share your opinions and beliefs regarding important matters in a tone of kindness. I know – that’s a hard one to grasp. For now, consider keeping the lines of communication open between you and people who think differently. Dialogue with (and about) each other in respectful ways.

The future of humanity might depend on our ability to talk to each other across the wide open spaces created by disagreement.

8 Replies to “Why We Need You to NOT Unfriend, Unfollow, or Block Those You Disagree With On Social Media”