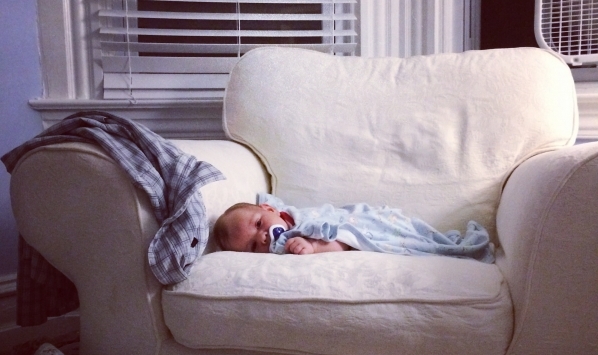 It doesn’t seem so long ago since we walked the trails at Messiah College, our feet moving lightly over layers of leaves, our conversation growing quiet as a jogger approached, then passed. Those were long, quiet days. Nights in the library and easy walks back across campus, stopping in the dark spaces between street lights.

Florida doesn’t seem that long ago either – newly married and driving eighteen hours to our first house where we tore out the carpet and slept on those old rolls for one night before our mattress arrived. There was the incident of the garbage disposal and the evenings over Scrabble and milkshakes. Or the times (yes, plural) when we ate entire pans of Rice Crispy candy.

Those days were slow, too, and warm, and the weeks drifted along. But life went faster after that, and soon we were in England, early morning rides into Victoria Station and long days making pretzels. Sneaking an evening out here and there, trying not to worry about the store, the future. Those days went faster, and we added children to the mix, and many crossings of the sky above the Atlantic. Of course there was the New Year’s Day skeet shoot and the long walks to Wendover on paths worn deep by pilgrims, but there the months passed like weeks, the weeks like days.

And soon we were back. This time Virginia. Fast pace. Long hours. Lots of friends and two more children and, after four years there, the heavy weight of disappointment. Driving a full moving truck through the rain, north, into the unknown.

But now. What is now like? i think the rhythms are slowing again. I think? It’s hard to tell when you’re in the moment – it’s like this strange kind of music you can listen to but not really hear for a few years. Only on reflection.

I sit in the living room and it’s a rare night because everyone except me is asleep by 9:00. I can hear the cars passing by on James Street, and voices shouting friendly greetings from one corner to the next. Another week is coming. Another Monday.

How can we grab time and tame it? How can we slow it down and force it to do our bidding? We already have an 11-year-old. Is there a secret way to stop time, to dam it into a large lake and let it pass in a more controlled fashion, through large passages that I can close entirely?

But that’s the problem, because there is no lake large enough to hold time – even if I could somehow back it up, it would only swell up over the sides, find some other way to pass, and eventually the dam would crumble under such a weight. Time is, after all, very heavy. And too light to hold down.

“Thanks for riding the roller coaster with me today,” I say to my daughter, and she laughs, because we both know she was scared at first. I lean in after we’ve prayed and go to kiss her on the cheek, but she points her chin up and kisses me right on the lips, which is nice because it means she is still my little girl.

It’s in moments like that when time stands still.

I sigh, and I give her a hug, and I walk down the stairs. And I turn out the light.

Come back to the blog tomorrow for a huge announcement. Huge, I tell you!

3 Replies to “The Incident of the Garbage Disposal (Or, Making Time Stand Still)”