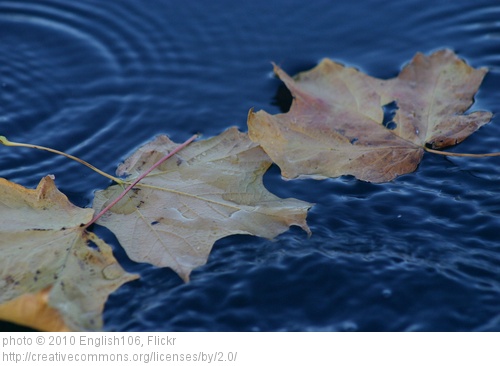 We walk through the dreary, rainy day and into the small clinic. The last time Maile was here, they couldn’t find a heartbeat. The time before that, a little over a year ago, we found out the pregnancy wasn’t viable. Such a small place, that clinic, lost in the farmers’ fields. Such an ordinary place.

The midwife leads us from a virtually silent waiting room, down a short hall, and then into the examination room. I squeeze into a chair in the corner, beside the sink and across from a small, clear plastic model of a woman’s reproductive organs. It’s rather fascinating, all those tubes and passageways. I try not to stare at it though, because then the midwife might think I’m weird.

The paper on the examination table crinkles loudly as Maile climbs on and then lays back. She hikes her shirt up so that it rests on top of her slightly round, ripening stomach.

“This is going to feel a little cold,” the midwife says, placing a heartbeat sensor loaded with gel on to her white skin.

Immediately the silence around us is replaced by a whirring, a rushing, a storm heard from inside the deepest parts of a ship. But it’s not constant, like television static. No, this rushing is alive and moving. It’s the inside of Maile, the sounds of her body magnified, sent rushing through wires and electrical equipment, then pushed through a speaker so that those of us outside can eavesdrop.

But that long whooshing noise interrupted by the occasional cosmic crackle is not the sound we are listening for.

Then we hear a slow, ponderous gulping noise. It seems odd and out of place, that steady rhythm emerging from the random, white noise.

But that’s not the sound we’re listening for either.

“That’s your heart beat,” the midwife says quietly, quickly, so that we will not mistake it for anything more. “Baby’s should be right around here somewhere.”

Silence is a thing that frightens many of us, because complete silence is death, and we have been taught to resist death, to fight it, or let it terrify us. But I’ve learned there is something behind the silence, something worth more than all the noise in the world. My true self waits there on the other side of silence. God waits there as well, emerging from that lack of noise like a whisper, or a heart beat.

Then we hear it. A sound not unlike Maile’s heartbeat, but smaller and faster and more urgent, like a tiny voice crying out, “Listen to me! Hear me! I am!”

As quick as it came into being, it was gone.

“Baby’s a mover,” the midwife says, smiling. “He or she is pretty quick to get out of the way when she feels the pressure from this.”

We wait, and we hear it again. Tears can be like a thin film on your eyes, a cataract.

Later, I go out to the waiting room while they take Maile’s blood. Sorry. Not a fan of that. For some reason I can watch a baby come lurching into the world, bloody and messy and all tangled in on itself, but I’d rather not watch a skinny vampire needle suck the life out of someone.

The lady at the front desk asks me to write down directions to our house from their other location in case of an emergency, but I have never been to their other location before so I stop and think about all those back roads, the winding ways from here to there. The unlikely paths we take. An Amish man, also waiting in the room, speaks up.

“Did I hear you say you’re from Holtwood?” he asks in that Amish accent, the one that sounds like English words are fighting with German words and the English ones are emerging victorious, but only just.

“Yeah,” I say. He goes on to explain the easiest way from the other clinic to where I live, or at least the general vicinity. I could take it from there.

“Well, I grew up in Nine Points, sort of down Holtwood way, but now I live over in Kinzers.”

“I grew up in Kinzers,” I say. “Across from the paint store, just down from the high school. Umry who used to own the paint shop? His wife is my mom’s cousin.”

“Is that right?” he asks. “My brother-in-law is Umry’s cousin. Sure is loud up this end of the county, at least compared to Nine Points.”

Now, Kinzers has a population of about 2,000 people, spread out over rolling fields and forests. It’s a large area. I had to smile when he said Kinzers is loud. But now that I live in the “southern end,” I know what he is talking about. Kinzers has its fair share of small businesses, and they draw large delivery trucks down their skinny roads. It’s downright silent in our neck of the woods – no one but farmers and writers and other such sedentary folk.

“Sure is quiet in Holtwood,” I say to the Amish man just as Maile emerges from the back of the clinic. “Nice to meet you.”

“Yeah, nice to meet you,” he says, and he sounds surprised that he means it.

We walk out into the mist and I hold Maile’s hand for a moment. I imagine that I can feel her pulse in her hand, maybe two pulses, the deep reverberations of life going on, going on, going on. There’s something about the presence of a heartbeat that can sometimes make you think this life will never end. It seems like such an irresistible force.

But I’ve heard it, the silence, the absence of the heartbeat. I’ve traveled through that space, not unscathed, not unchanged, but I’ve traveled through it. We drive out on to the road and the sound of the tires on the wet asphalt is very much like the sounds we had heard inside of Maile in those moments when the midwife searched for signs of life. And I think that’s what we’re doing, all of us, most of the time.

Searching for signs of life.

5 Replies to “Searching For Signs Of Life (or, a visit to the midwife)”